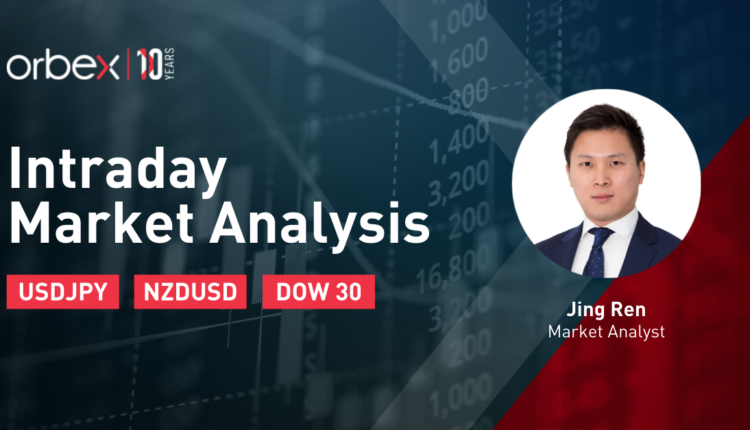 The yen plunges as low Japanese bond rates reflect the divergence in monetary policies. A close above the pre-pandemic peak around 112.10 has triggered a runaway rally.

A bullish MA cross indicates an acceleration to the upside. Strong momentum and a lack of resistance are lifting the greenback towards November 2018’s high at 113.70.

The RSI’s repeated overbought situation may lead to profit-taking, causing a limited pullback. Patient buyers may be waiting to stake in near the round number of 112.00.

The New Zealand dollar bounces back as risk appetite makes a timid return after a mixed NFP.

The pair is in a narrow consolidation range between 0.6880 and the psychological level of 0.7000. However, the short-term mood remains downbeat after the kiwi almost gave up all its gains from late August.

The RSI’s double-dip in the oversold area has attracted some buying interest. But the bulls will need to lift the major resistance before they could jump-start a reversal. Failing that, the kiwi would be testing the daily support at 0.6810.

The Dow Jones climbs back as investors rotate into blue-chip values amid economic recovery.

Multiple tests of the demand zone around 33500 reveal the bulls’ commitment to keeping the index afloat. A close above 34660, the last leg of the previous sell-off, is an encouraging sign.

A push above 35050 would open the door to 35000 near the all-time high. An overbought RSI has temporarily held the bullish fever back.

34200 is the immediate support for buyers to build momentum. Further down, 33850 is their second line of defense.