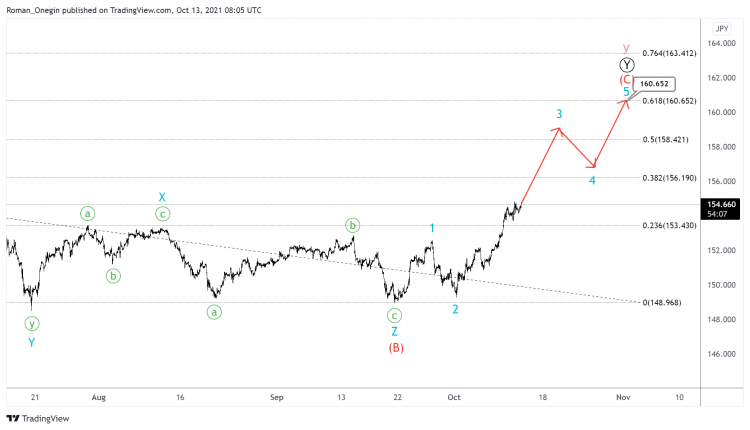 The current GBPJPY structure suggests the development of the final part of the cycle wave y, which takes the form of a double zigzag consisting of sub-waves Ⓦ-Ⓧ-Ⓨ. The last actionary wave Ⓨ is currently under development.

Apparently, the primary wave Ⓨ is a standard zigzag (A)-(B)-(C). The intermediate correction (B), which has the form of a triple zigzag, was completed not so long ago. 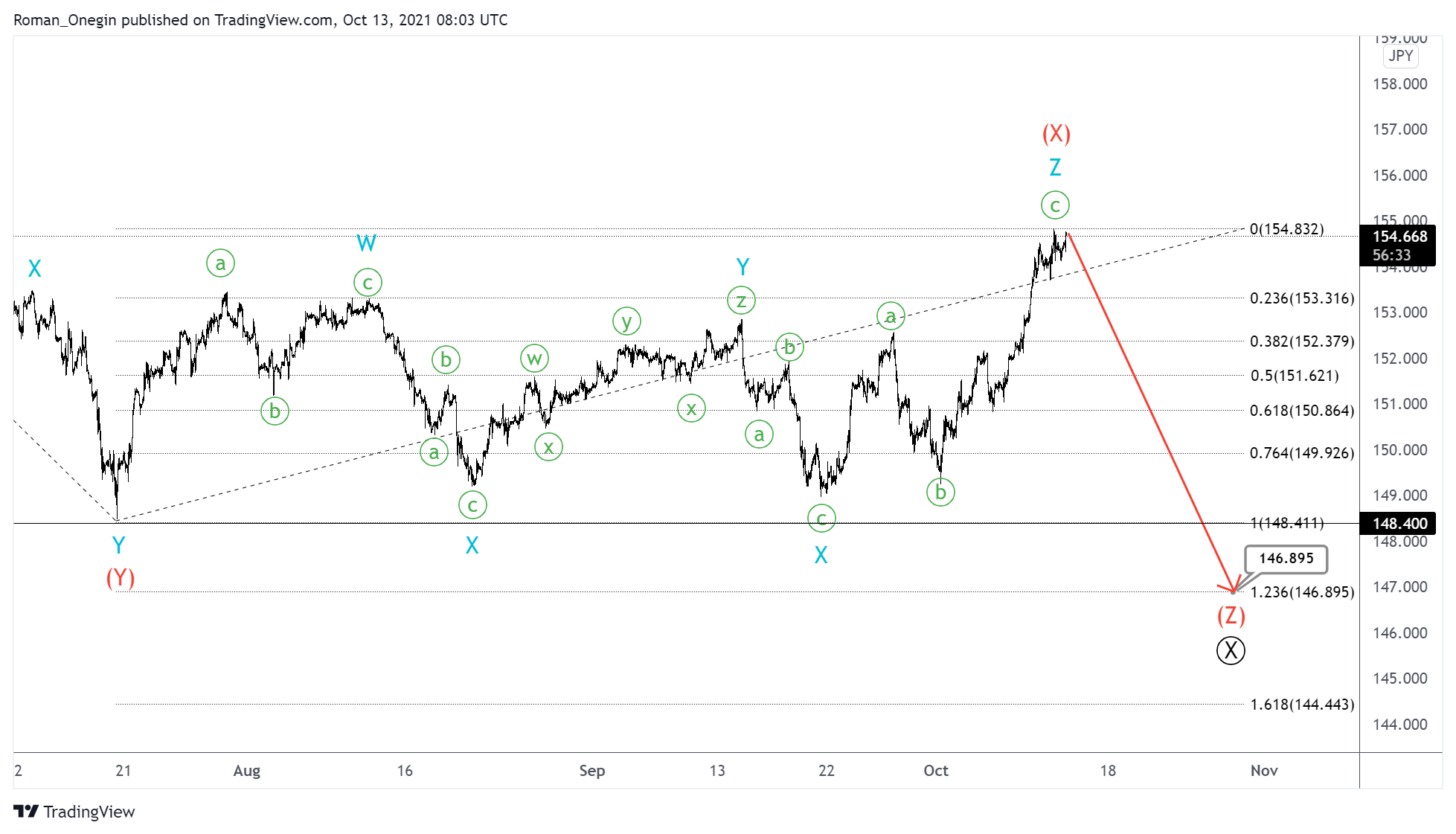 An alternative scenario suggests the formation of a large triple zigzag, with the primary second intervening wave Ⓧ.

China Inflation and What It Says About the Outlook for Commodities