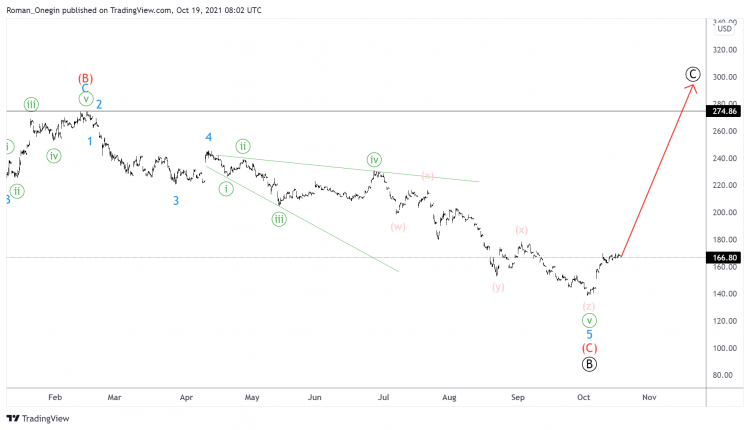 The formation of BABA shares suggests the construction of a large zigzag Ⓐ-Ⓑ-Ⓒ.

Most likely, we are currently at the beginning of the development of a bullish wave Ⓒ, which can take the form of a simple impulse. Its growth may end above the level of 274.86, which was marked by the correction wave (B). 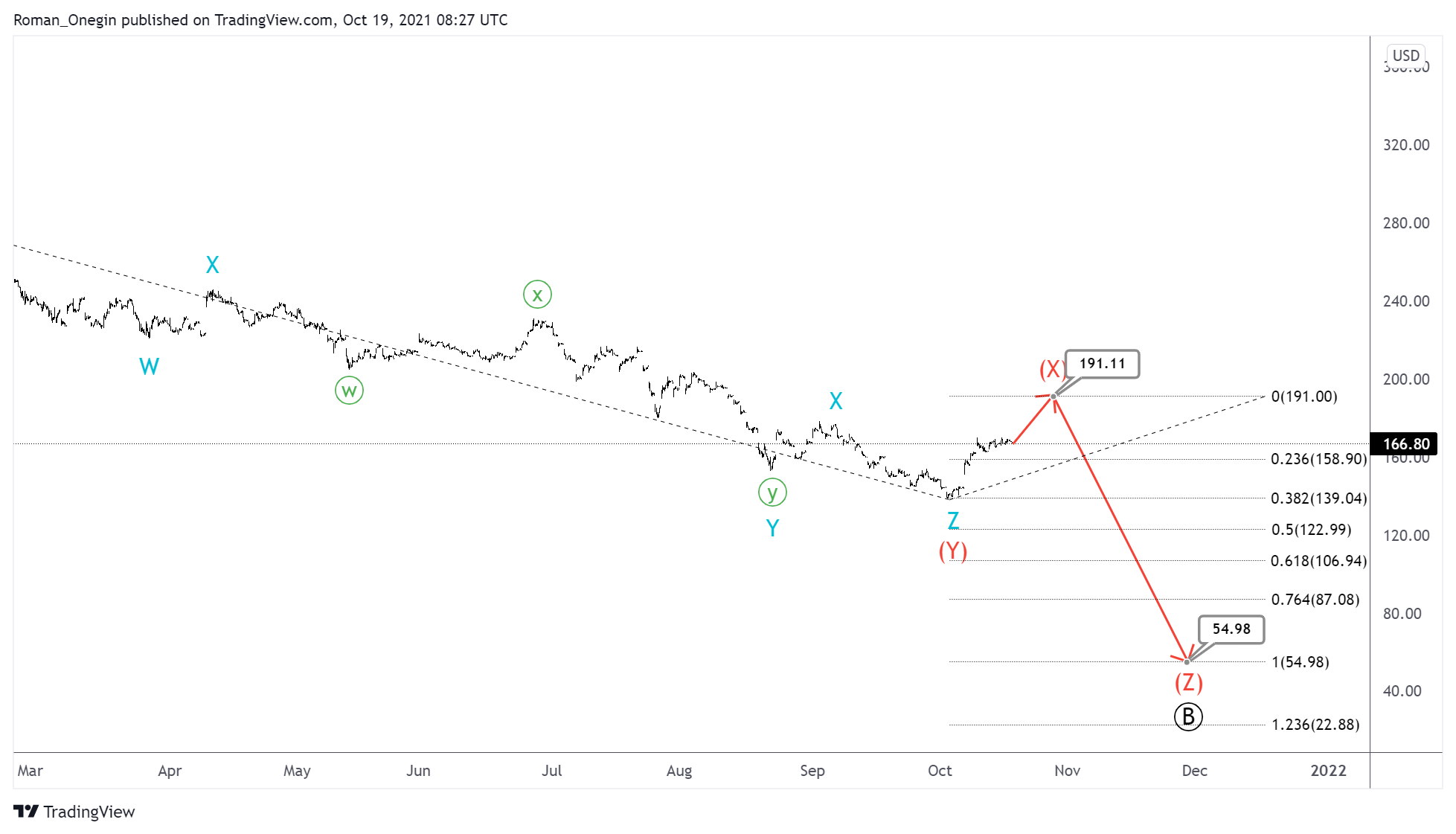 An alternative scenario assumes the continuation of the development of the primary correction wave Ⓑ. It can take the form of an intermediate triple zigzag (W)-(X)-(Y)-(X)-(Z).

Then we can expect a decline in the actionary wave (Z) near 54.98. At that level, intermediate waves (Y) and (Z) will be equal.