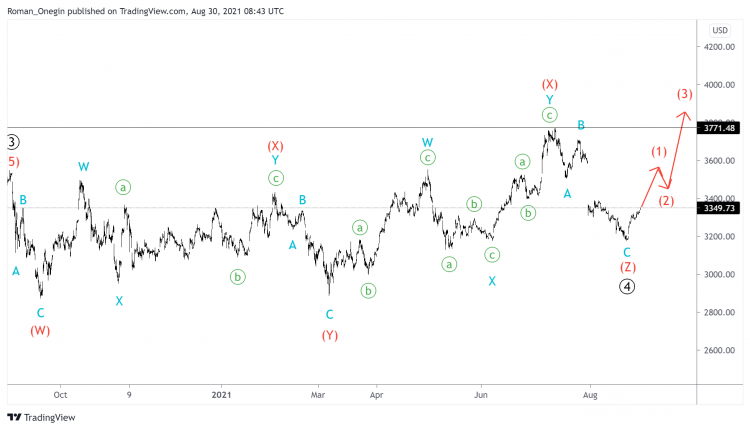 Amazon’s shares moved in a sideways range since last year, forming a primary degree correction in wave ④. The ranging market has taken a triple-three structure which consists of intermediate sub-waves (W)-(X)-(Y)-(X)-(Z).

With all sub-waves complete the entire primary correction has finished and a bullish impulse has begun. The 5-wave move consists of intermediate sub-waves (1)-(2)-(3)-(4)-(5).

Still, in its infancy, investors can assume an initial resistance zone at the previous top formed by wave (X). 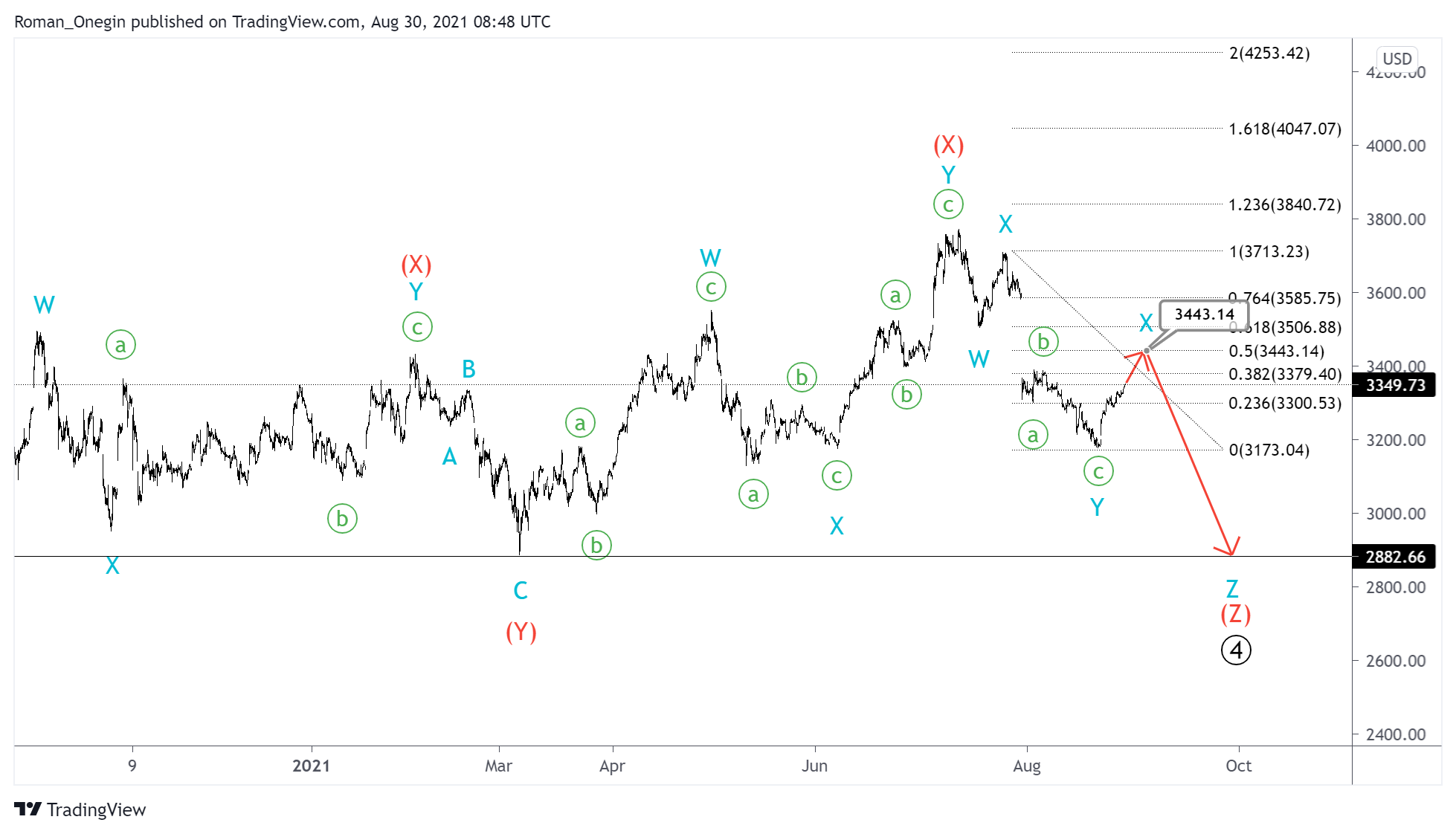 However, in case the primary correction is incomplete, intermediate wave (Z) could turn out to be a triple zigzag consisting of minor sub-waves W-X-Y-X-Z.

With the first three parts of this triple zigzag fully finalized, wave X is currently under development.

Should the correction conclude at the said level the market could appreciate to 2882.66. There, prices would form a double bottom with wave (Y).

What Does Hurricane Ida Mean for Crude Markets?