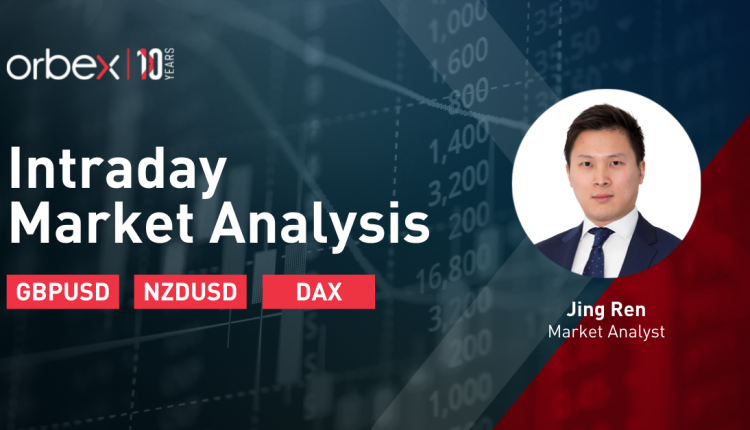 The sterling bounced higher after data showed that Covid cases in the UK fell for five consecutive days. The pound has bounced off the origin of the February rally (1.3570) and the bulls would like to see how far they can push.

On the upside, sellers would start to cover if offers in the mentioned zone get lifted, paving the way for a potential reversal.

The New Zealand dollar rallies against a muted greenback as traders await this week’s Fed meeting. The pair is testing the 30-day moving average on the daily chart.

The bearish bias would make a rebound an opportunity to sell into strength. However, the break above the psychological level of 0.7000 gives buyers a glimmer of hope.

GER 30 rises towards the previous peak

The sentiment is mixed after a spillover from China’s crackdown on its technology sector. The DAX 30 index has recovered most of its recent losses and is testing the key resistance at 15700.

The RSI’s double top in the overbought area has so far tempered the bullish fever.

A breakout could help build up momentum and clear the last resistance at 15810. On the downside, 15500 is the fresh support to let buyers catch their breath. A deeper correction could send price action towards 15200.