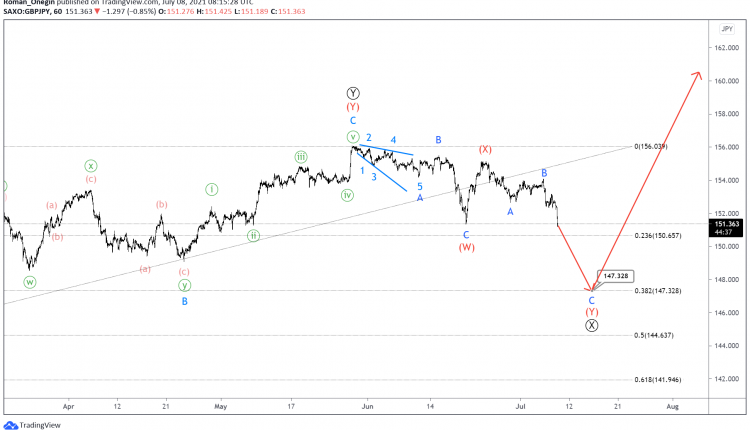 The formation of the GBPJPY pair hints at a large triple zigzag of the primary degree, consisting of sub-waves Ⓦ-Ⓧ-Ⓨ-Ⓧ-Ⓩ.

It is quite likely that the development of the second intervening wave Ⓧ has started. This is similar to the intermediate double (W)-(X)-(Y) zigzag. The final intermediate actionary wave (Y), consisting of minor sub-waves A-B-C, is currently under development. 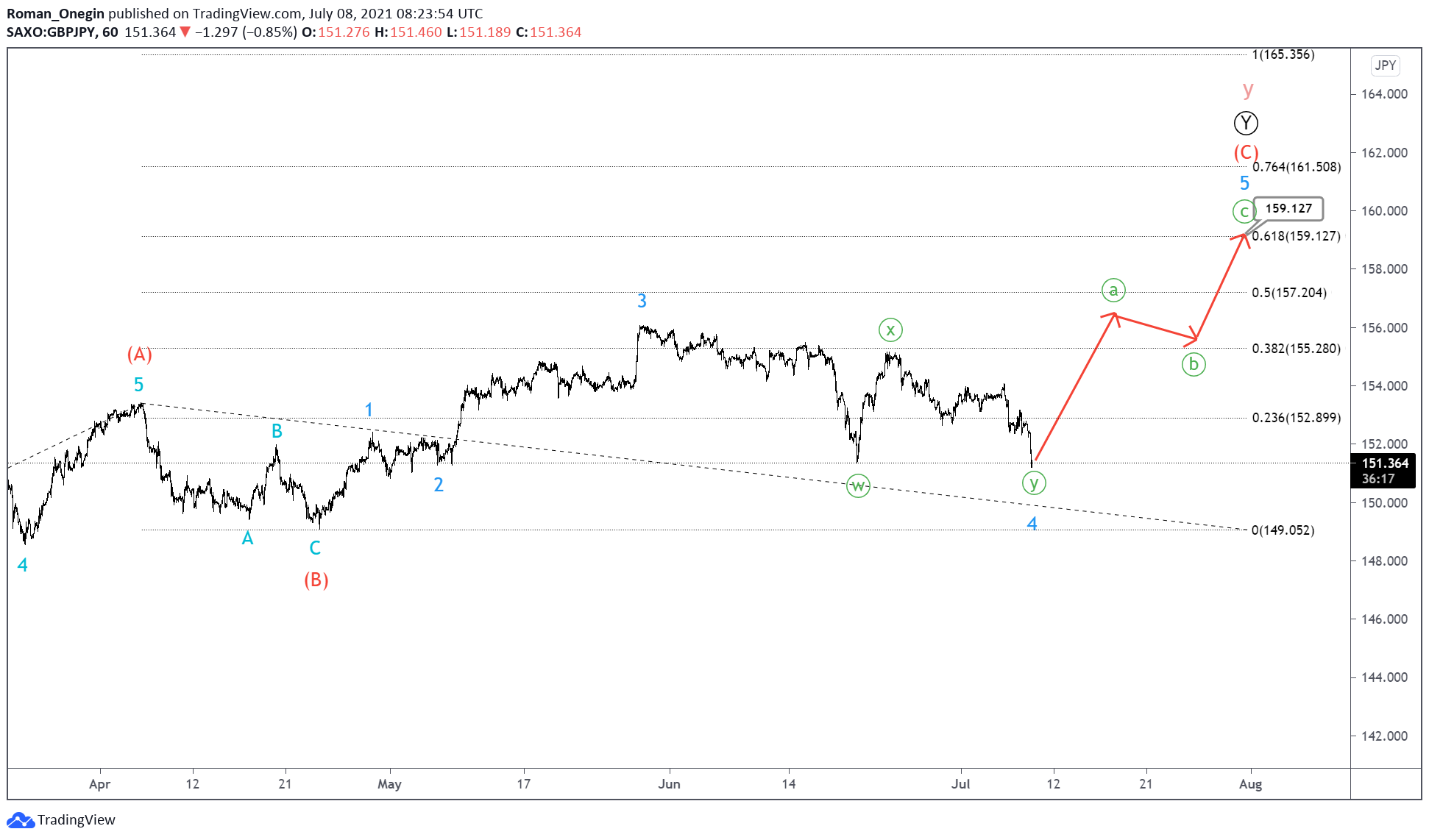 An alternative scenario shows the primary actionary wave Ⓨ of a large double zigzag has begun. This wave is similar to a simple zigzag. The last bullish wave (C), of an intermediate degree, has started and could be completed by sub-waves 1-2-3-4-5.

In the coming trading days, we could expect the development of a minute zigzag within the minor wave 5, as shown on the chart.