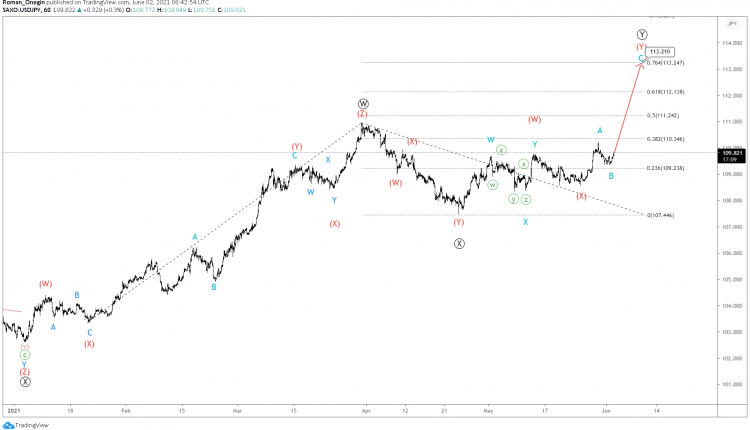 The formation of the USDJPY currency pair hints at the construction of a primary double Ⓦ-Ⓧ-Ⓨ zigzag.

The first actionary wave Ⓦ has come to an end which was a triple zigzag. The bearish intervening wave Ⓧ which is a double zigzag has also ended.

The primary wave Ⓨ is currently under development, which could also be a double zigzag. To complete this wave, a minor impulse C is needed. We could see its end near 113.21. At that level, wave Ⓨ will be at 76.4% of wave Ⓦ. 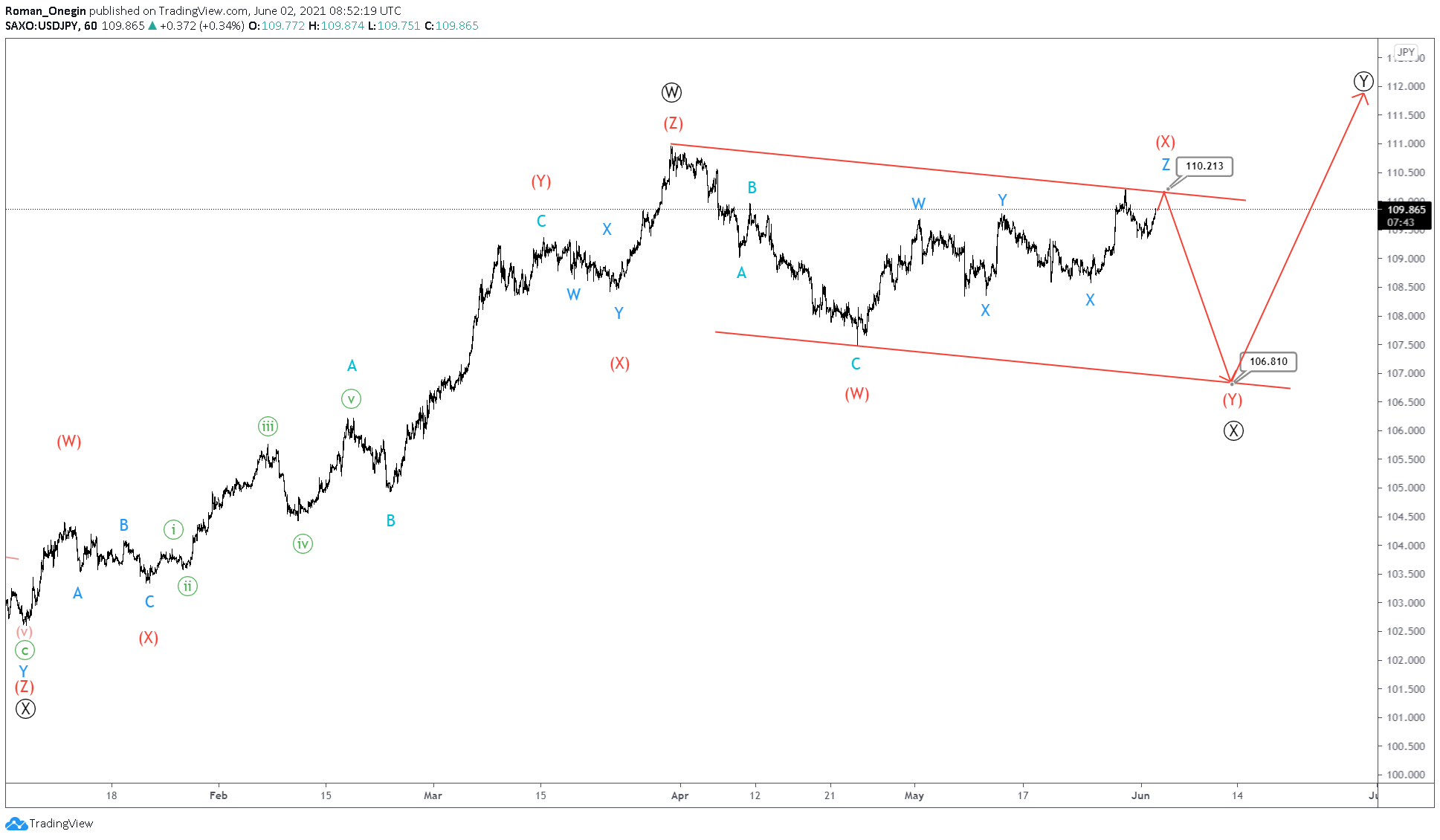 In the near future, we could see the completion of the minor wave Z near the 110.21 area. This is on the upper line of the channel. Then prices can lower in the intermediate wave (Y).

The target of the wave completion (Y) is located on the lower line of the channel, which is the price level of 106.81.