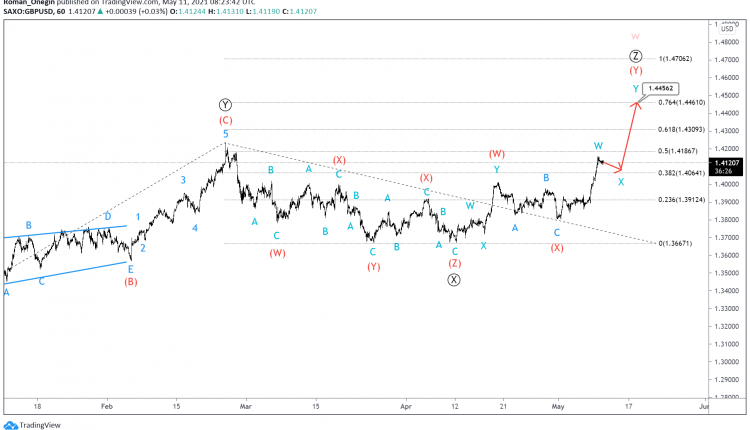 GBPUSD seems to be correcting into a cycle wave w under a primary degree triple zigzag. With the first four parts of the triple zigzag already formed, the last wave is under development in primary wave Ⓩ .

The structure in wave Ⓩ hints at a double zigzag (W)-(X)-(Y), which still requires wave (Y) of the intermediate degree correction to complete.

An alternative scenario sees a motive structure instead of a correction in wave w. Most likely, a cycle degree wave V is under completion into an ending diagonal move.

With correction wave ③ complete, we could now see a short-term pullback in wave ④.

As with all diagonals, the fourth wave is expected to enter the territory of wave one. We can therefore assume that primary wave ④ could end near the $1.393 area. At that level, it will be at 61.8% of wave ③.

Once wave ④ completes, primary wave ⑤ could send the pair above the $1.415 high.