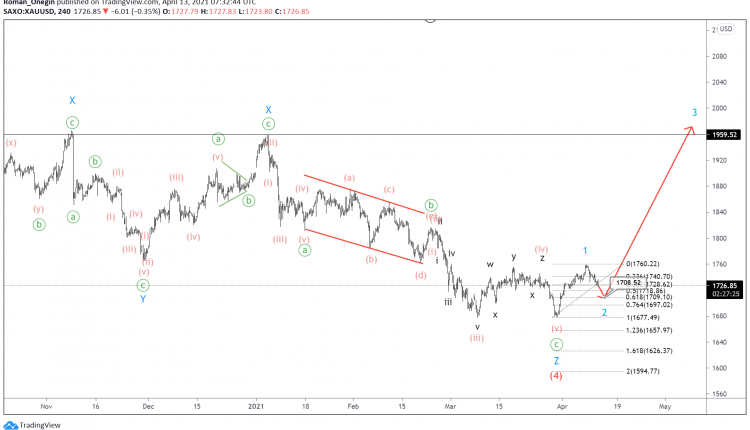 The current structure for gold shows a bearish corrective wave (4), which has been formed for a long time. Most likely, it came to an end, taking the form of a minor triple zigzag.

At the time of writing, the initial part of the new bullish impulse is under construction. The minor impulse wave 1 has ended, and now the price is declining in correction 2. 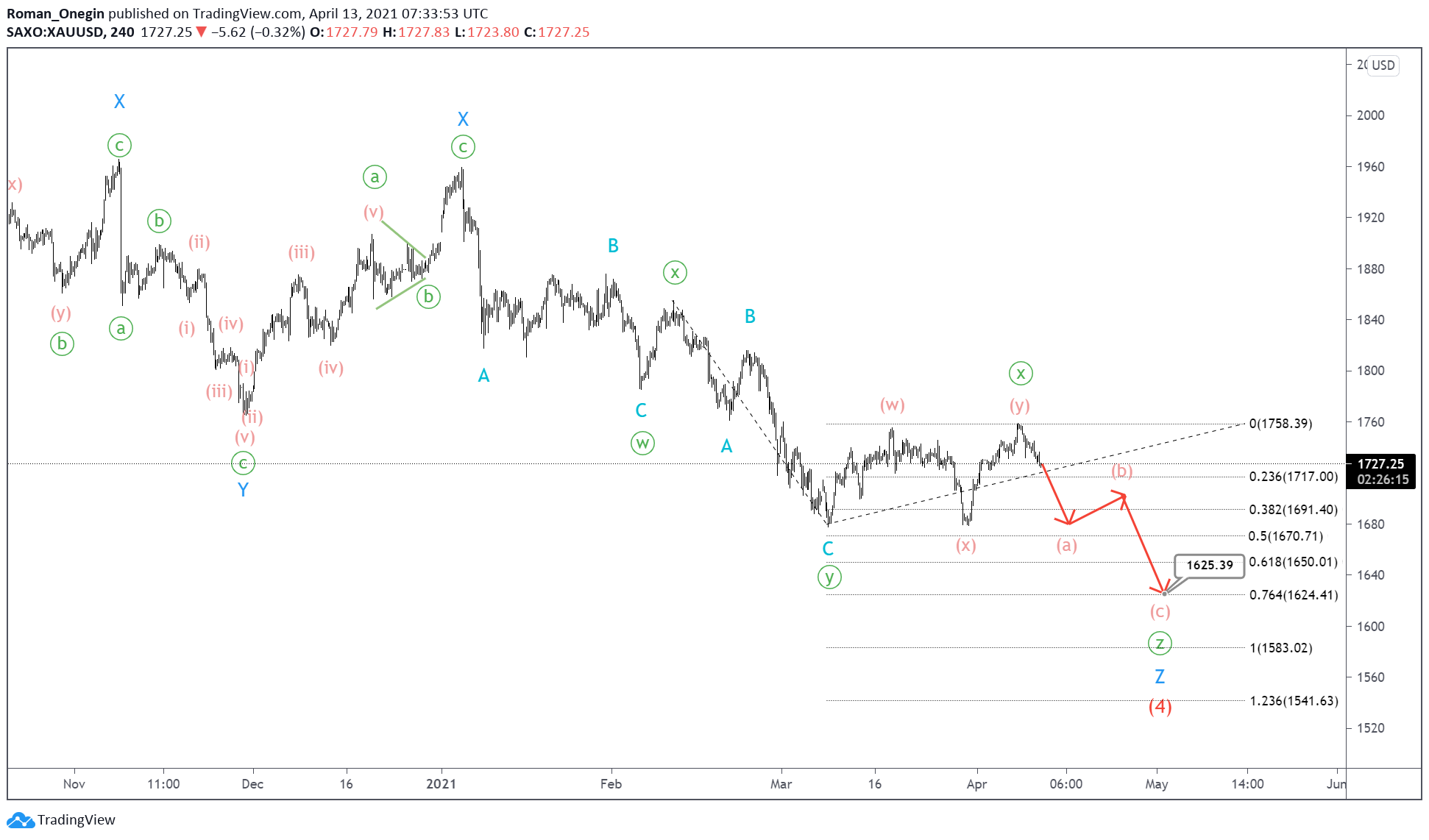 Let’s consider a situation in which the formation of the intermediate correction (4) is not yet complete.

According to this view, its final wave Z has a complex structure of a triple zigzag of minute degree.

At the moment, we are at the beginning of the wave ⓩ. It is quite likely that this wave will be a standard (a)-(b)-(c) zigzag, as shown in the chart.