USDCAD Has The Minute Correction Ended? 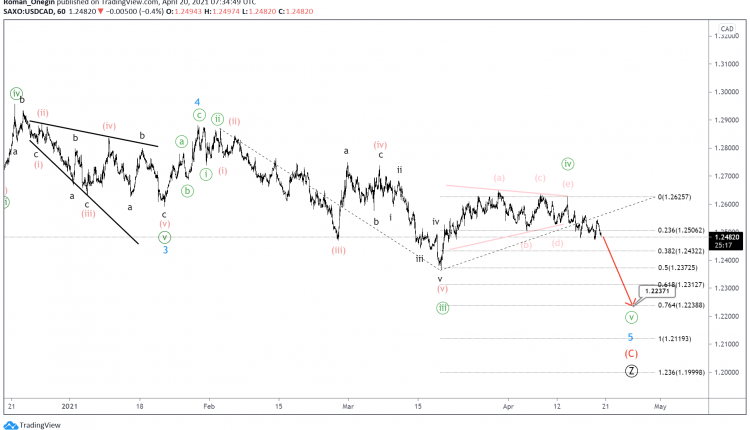 The formation of the USDCAD currency pair shows a final bearish primary wave Ⓩ in the global triple zigzag.

The 1H timeframe shows the structure of the fifth leg of the intermediate impulse (C), which is the minor wave 5.

The horizontal fourth wave has ended, which took a triangular shape. In the short term, we can expect a decline in the price in the minute fifth wave to 1.223.

At that level, minute fifth impulse will at 76.4% of minute third impulse. 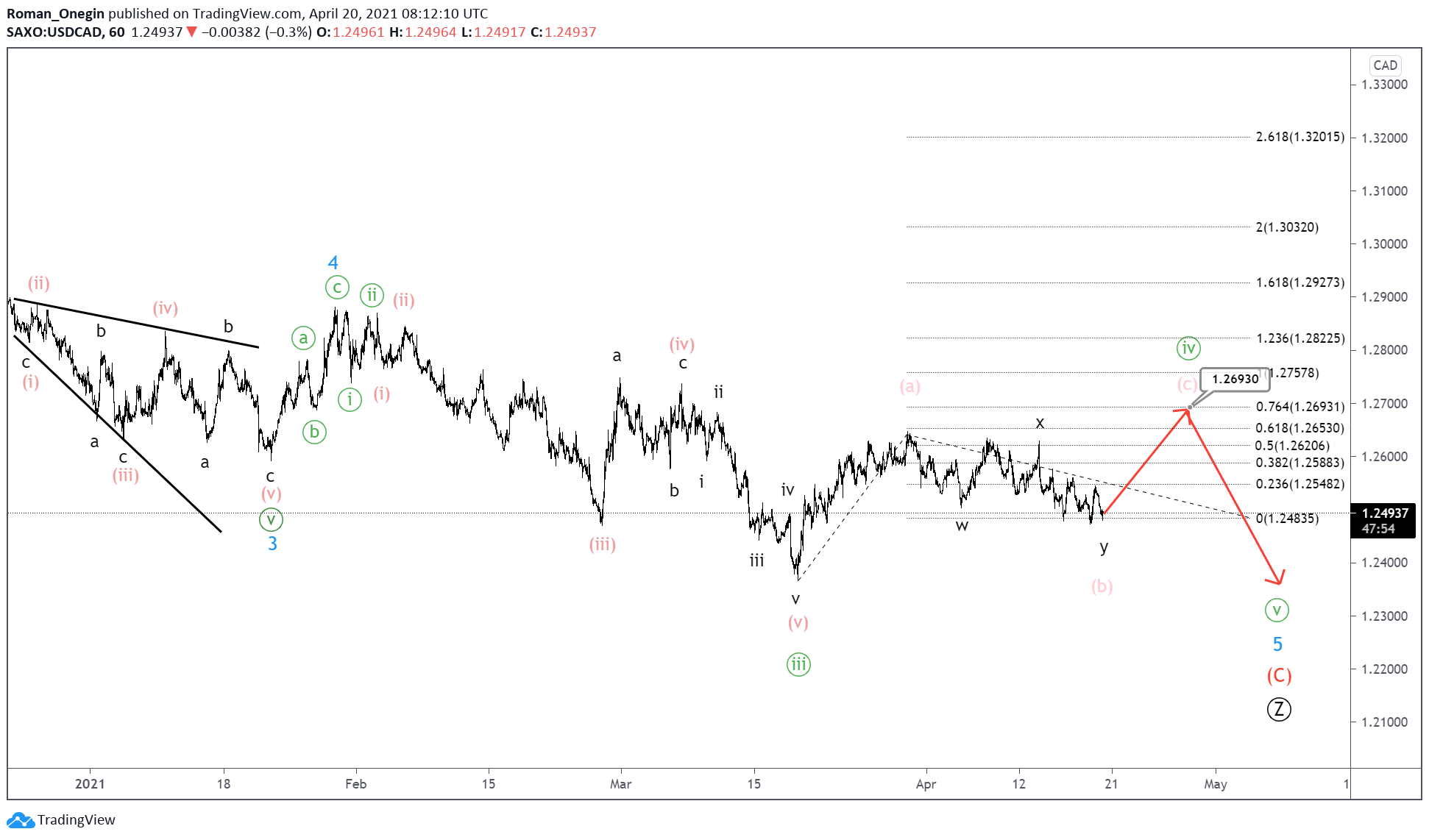 However, there is a chance that the minute fourth correction is not yet complete.

In this alternative scenario, the minute correction takes the form of a standard (a)-(b)-(c) zigzag.

The bearish double zigzag (b) has completed, and now we see the development of the initial part of the bullish impulse (с).