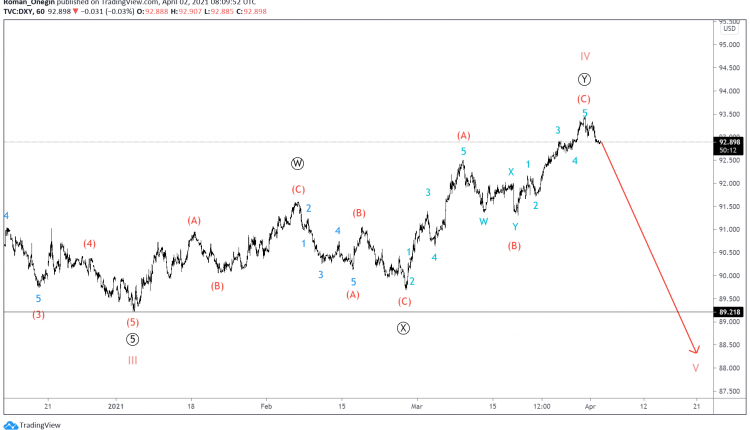 The current structure of the DXY index hints at the completion of the cycle correction IV. This correction took the form of a double zigzag of the primary degree.

In the next coming trading weeks, we could see a decline in the price and the formation of wave V. This is likely to take the form of a simple impulse.

Wave V of a cycle degree can update the previous low and complete below the end of wave III, at 89.21. 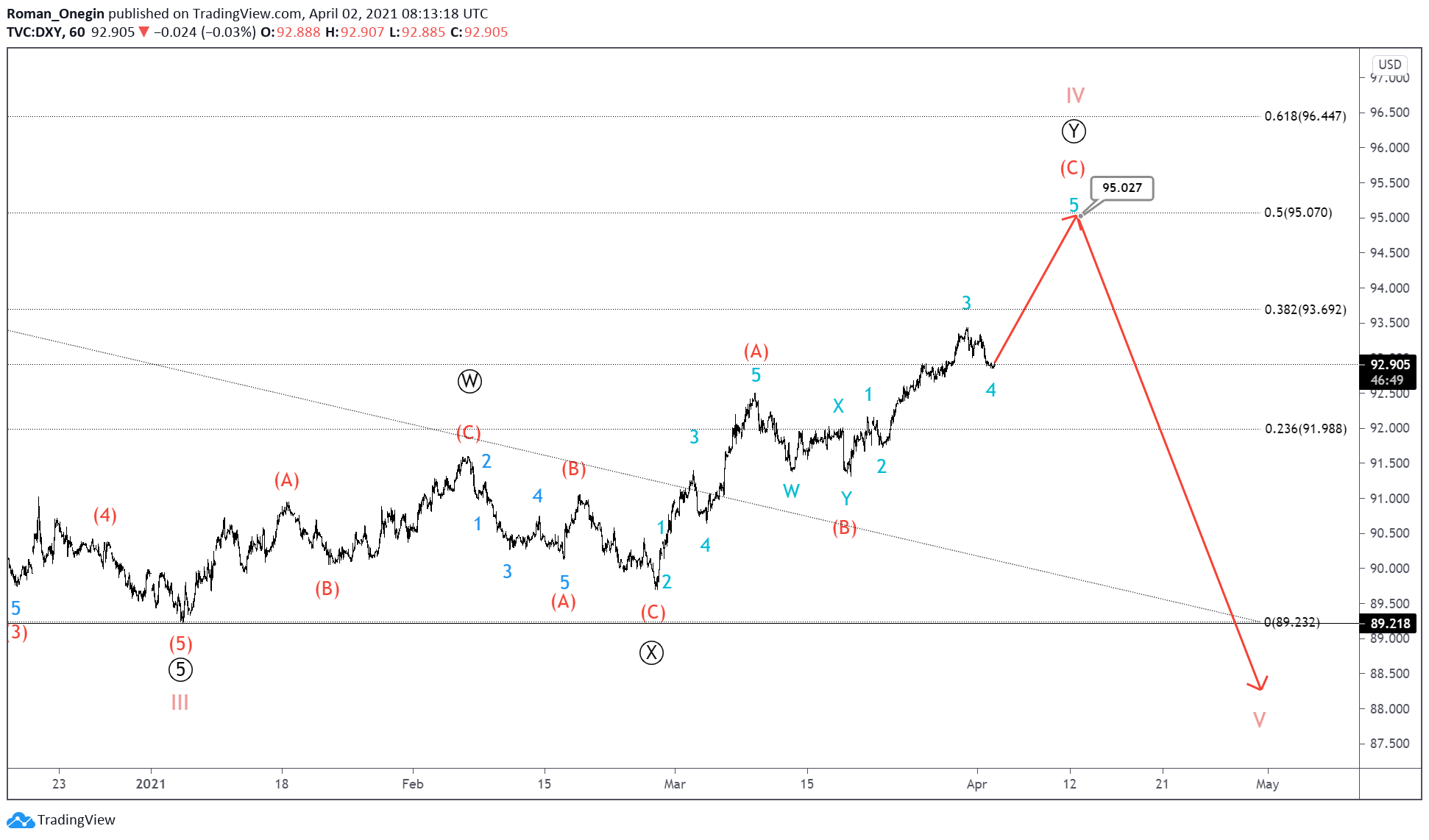 An alternative scenario shows that the cycle correction IV is still under construction. Its first two parts are complete, but the actionary wave Ⓨ is still being built.

The intermediate impulse wave (A) and the double zigzag wave (B) are formed. However, the final impulse wave (C) is not yet complete.

Perhaps the minor fourth wave of impulse (C) has come to an end, so we are waiting for the final rise in wave 5 to the 95.02 area. At that level, primary wave Ⓨ will be at 50% of primary wave Ⓦ.

Finally, prices will fall in wave V and complete the entire cycle trend below the low of 89.21.

Where Are Gold & Oil Headed During Q2?