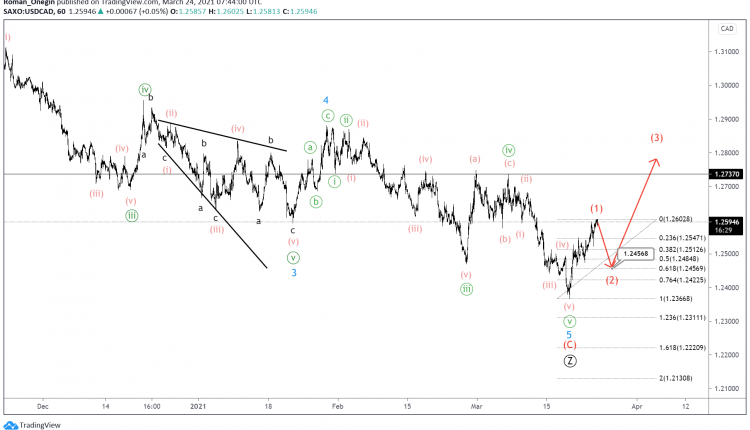 The current USDCAD structure hints at the completion of a triple zigzag of the primary degree, consisting of sub-waves  Ⓦ-Ⓧ-Ⓨ-Ⓧ-Ⓩ.

As prices move higher, the initial part of the bullish impulse is in formation. It is possible that the intermediate wave (1) has ended, so in the near future, the price will move down in the correction (2).

After reaching this level, we can expect the price to rise above the maximum marked by the minute fourth correction. 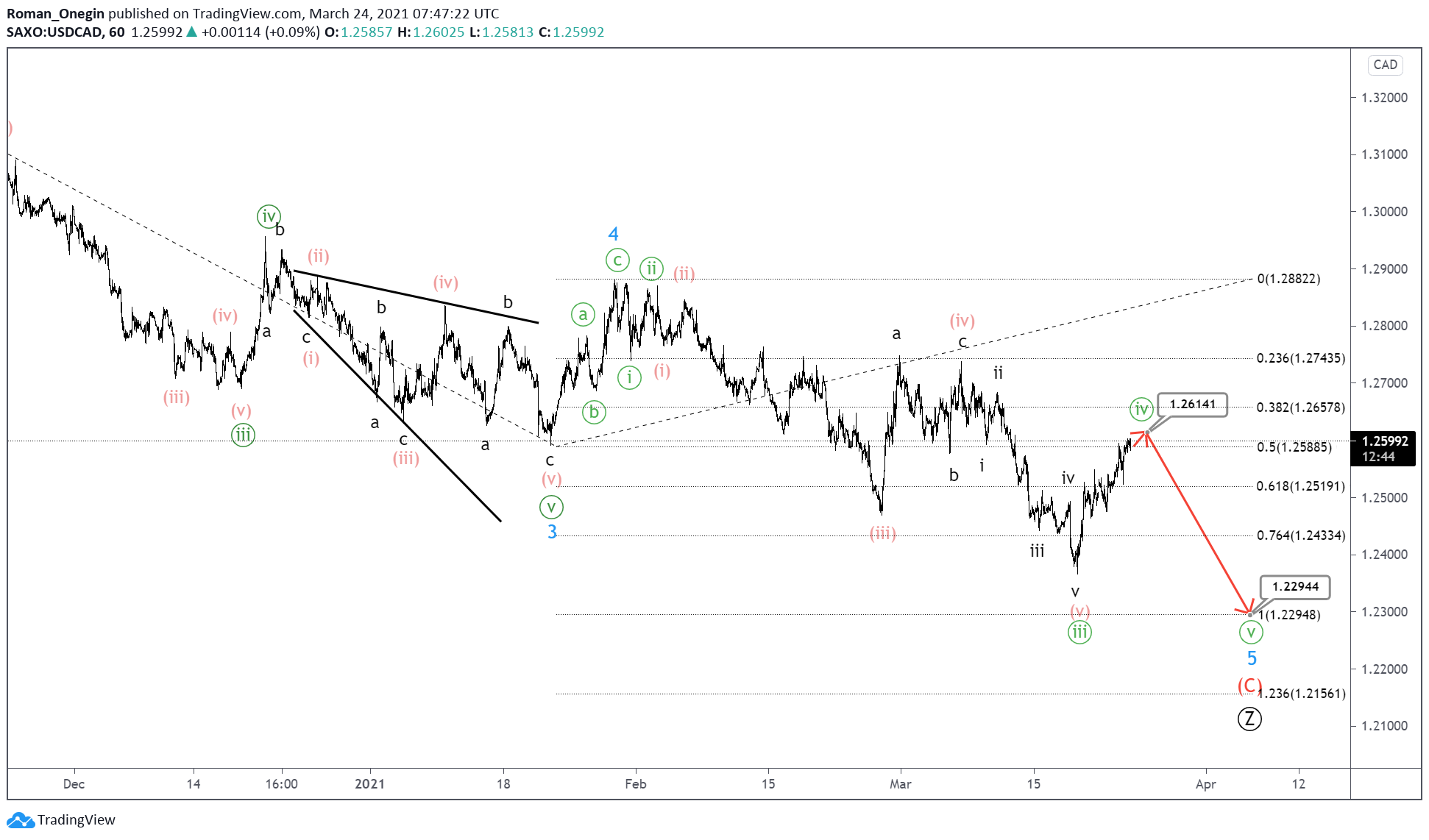 An alternative scenario shows the formation of the global triple zigzag continuing. Currently, the intermediate impulse wave (C) is under development.

It is assumed that the price will rise slightly in the minute fourth correction to the 1.261 area. At that level, it will be at 50% of the minute third impulse.

Finally, a decline within the fifth impulse to the level of 1.229 is likely. This is where the third and fifth minute-degree impulses will be equal.