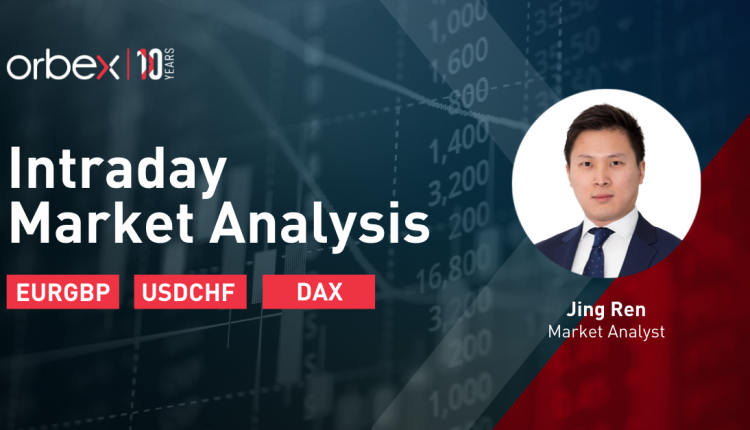 After its meteoric rise, the US dollar is likely to go sideways as traders await a new catalyst from this week’s FOMC.

The break below 0.9260 along with a bearish MA cross was a sign that the price action has gone into a consolidation if not a reversal. A brief rally is not excluded but the recent high of 0.9375 may cap any advance in the short-term.

The lower band of the trading range is 0.9180, a resistance-turned-support which also lies around the 20-day moving average on a larger time frame.

Profit-taking seems to be the theme at the beginning of the week, and in the case of the sterling, buyers have reduced their bets in anticipation of the BoE meeting.

The euro took a chance to bounce from the key short-term support area around 0.8550 after a week-long consolidation. The rise above the bearish trendline coupled with the previously mentioned RSI divergence would confirm the bullish bias.

Clearing the psychological level of 0.8600 would open the path towards the next target 0.8650.

GER 30 looks for support after the new high

The DAX is looking to consolidate its gains on the high ground after global markets regained optimism.

A declining RSI indicator from a previously overbought situation is good news for traders looking to join the rally. As the bull market has seemingly resumed, a momentary pullback could see strong buying interest in bidding up the index.

14390 is the immediate support but a failure to bounce would suggest a protracted retracement towards the rising trendline (14250).