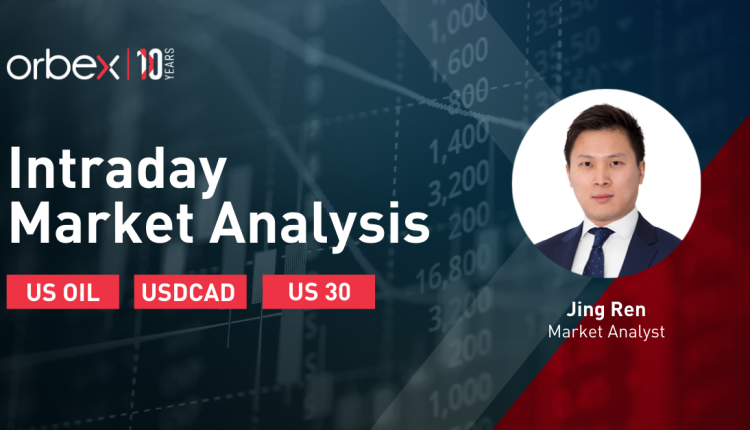 WTI climbed back in anticipation of extended production cuts by OPEC+ in their upcoming meeting in April. The pullback would be temporary as an RSI divergence showed a loss in the sell-off.

Following a rebound from the support at 57.20, an RSI double top in the overbought area suggests that the US crude has been consolidating in search of momentum.

The latest breakout above the psychological level at 62.00 is a confirmation that buyers have regained control and the price could be on its way to 65.

The recent retreat in oil prices has weighed on the loonie while the US dollar kept the high ground across the board. The pair is grinding higher towards the supply zone near 1.27.

However, selling pressure is likely to intensify as the US dollar tests the 20 and 30-day moving averages on the daily chart, within a year-long downtrend.

1.2540 is the immediate support and a bearish breakout could further depress the price action.

To the upside, 1.2680 is the hurdle to lift before the bulls could press for a reversal.

US 30 tests a record high

Stock markets recouped losses from previous choppy sessions as investors saw the dip as an opportunity.

After rallying above the former resistance at 32500, the Dow Jones is making an attempt at the previous high at 33250. A bullish breakout could extend the rally to new record highs.

While market sentiment remains positive, an overbought RSI could prompt a pullback driven by profit takings.

The demand area between 32500 and 32700 could see strong buying interest if the index cools off.