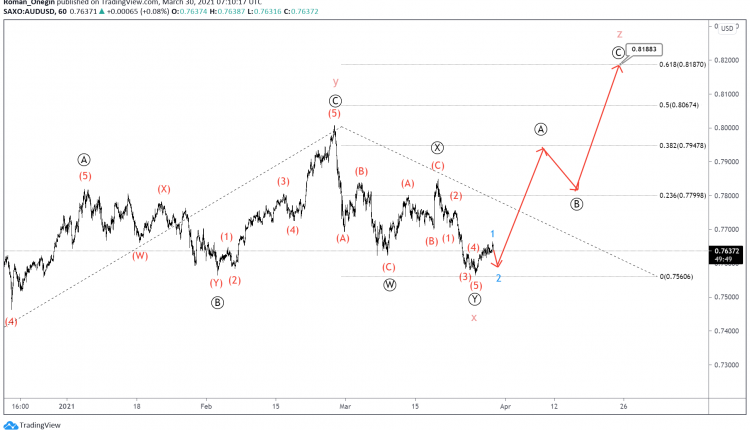 The AUDUSD pair indicates a cycle trend. Looking at the 1H timeframe, we see the final part of the bullish triple zigzag.

After the completion of the cycle zigzag y, prices declined and formed an intervening wave x in the form of a double zigzag.

We now see the development of the initial part of the final wave z of a cycle degree. This is most likely a simple primary Ⓐ-Ⓑ-Ⓒ zigzag. 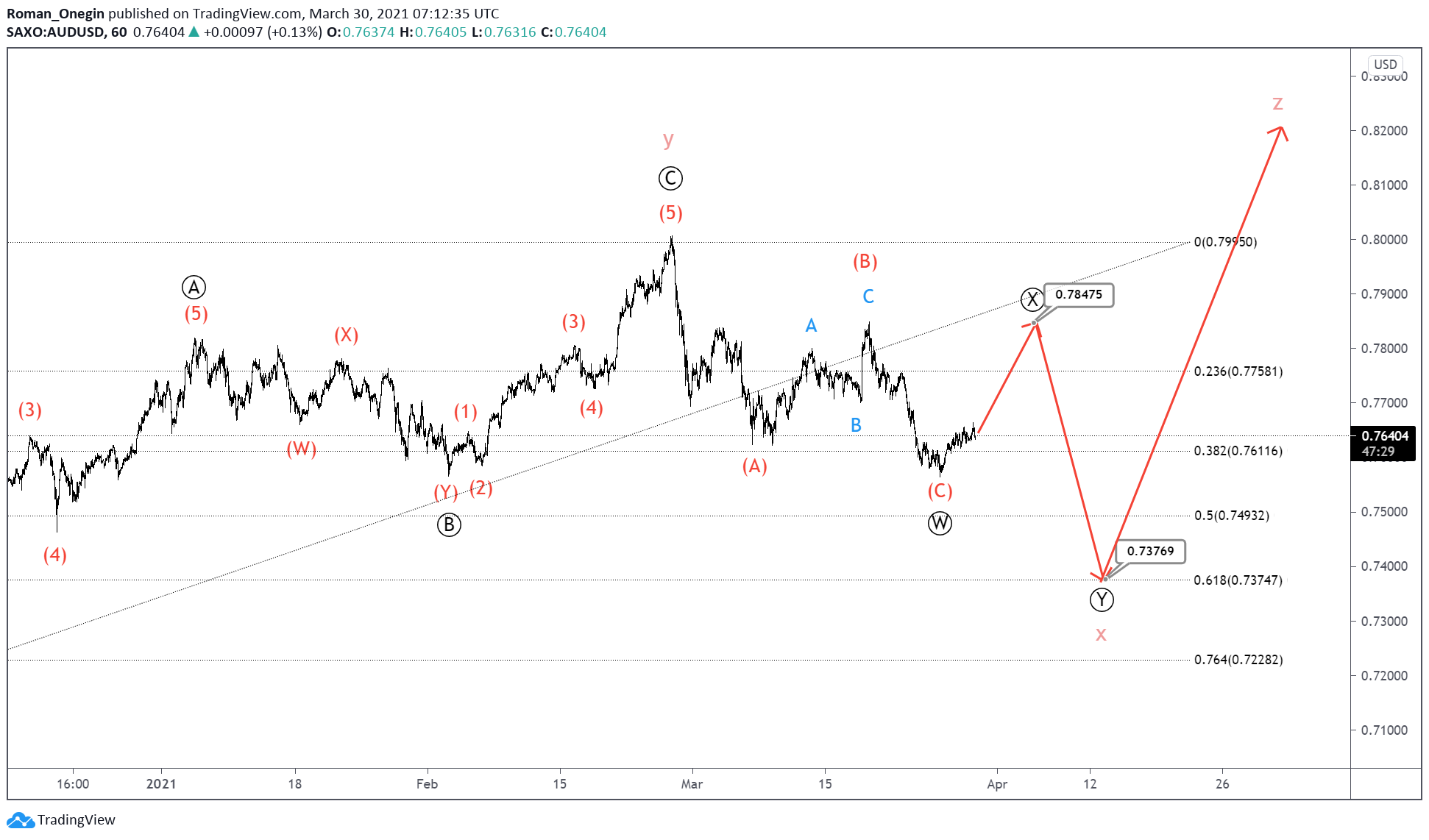 An alternative scenario shows that the intervening wave x is not yet complete.

Currently, only the first sub-wave Ⓦ of the double zigzag has ended.

This will be followed by a downward movement of the currency pair in the wave Ⓨ to 0.737. Here, at that price level, intervening wave x will be at 61.8% of cycle wave y.

Canadian January GDP: Has CAD Strength Come to an End?