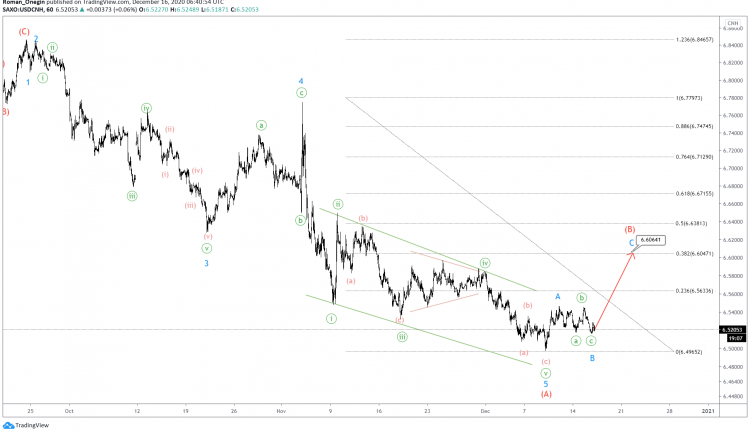 The current USDCNH structure indicates an intermediate degree impulsive wave (A), followed by a bullish zigzag in wave (B). Wave (B) consists of minor subwaves A-B-C.

Minor waves A and B have completed their pattern in the form of a flat. In the near future, bulls will lead prices up in wave C. 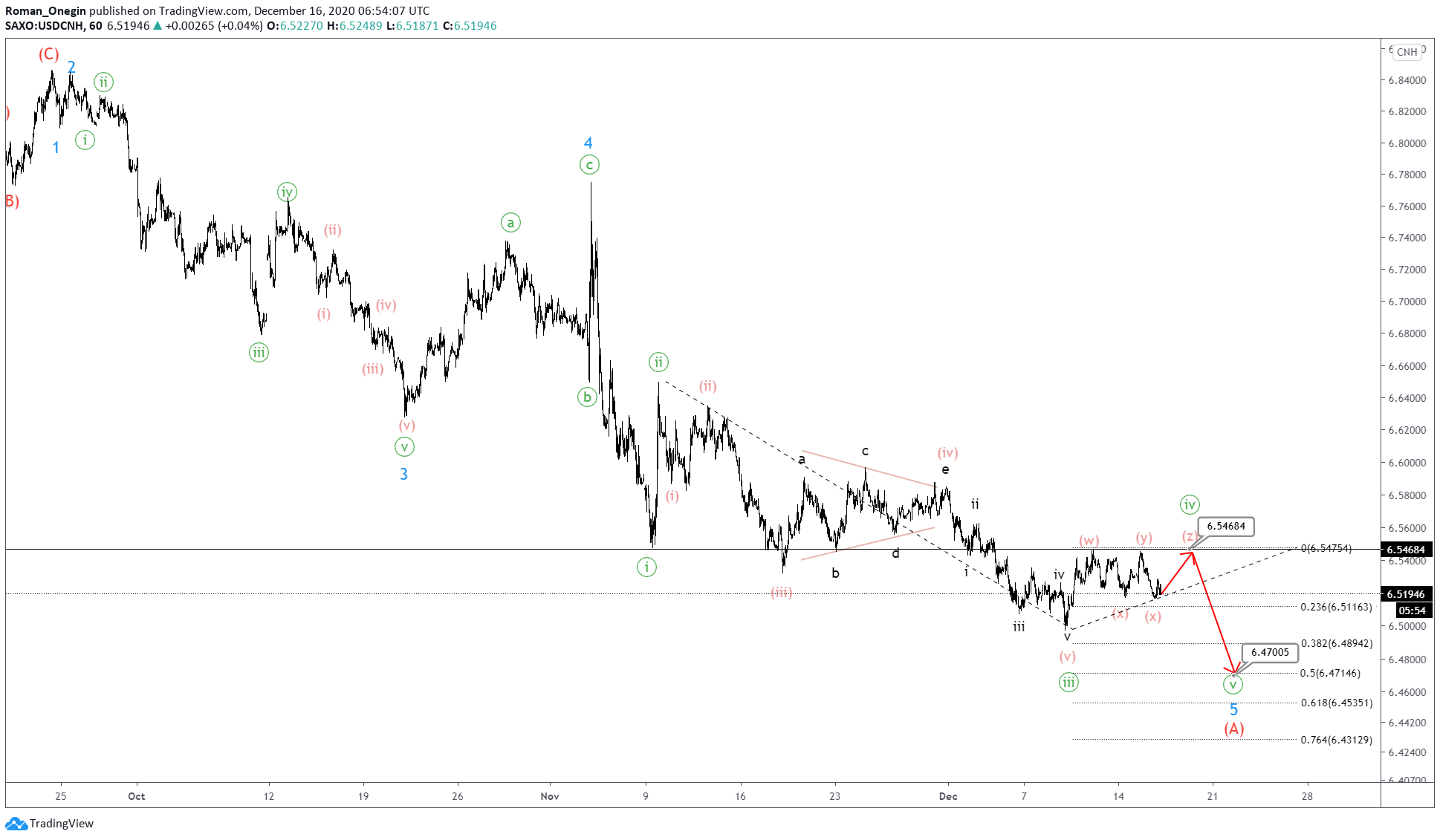 An alternative scenario shows a bearish impulsive wave (A) of the intermediate degree.

A fourth corrective wave of the minute degree, which is a minuet triple zigzag, completes the final minor wave 5.

In the short-term, we could see growth in wave (z). This completes the fourth wave at the previous high of 6.54, where sub-waves (w) and (y) were completed.

Finally, the market could decline in the minute wave ⓥ to the 6.47 area, where it will be at 50% of minute third wave.