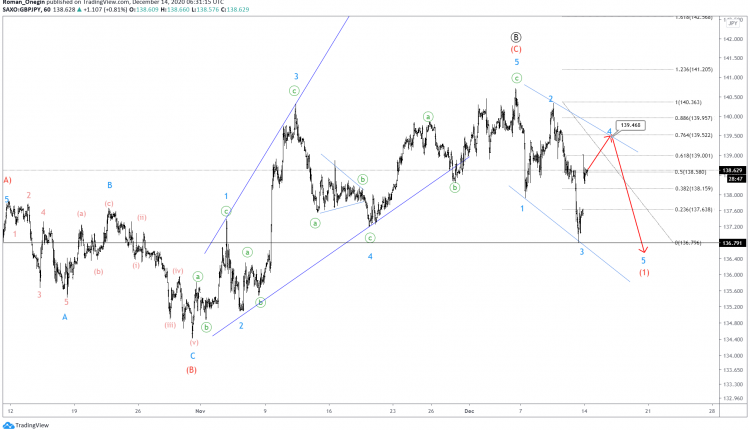 GBPJPY is currently developing a bearish primary zigzag Ⓐ-Ⓑ-Ⓒ. The bullish correction wave Ⓑ is an intermediate zigzag, with the final wave of this zigzag being an ending diagonal.

At the moment, we see the formation of the initial part of the primary impulse wave Ⓒ. The intermediate wave (1) is under construction, taking the form of a leading diagonal.

Finally, prices could fall in wave 5 below the previous high formed by wave 3. 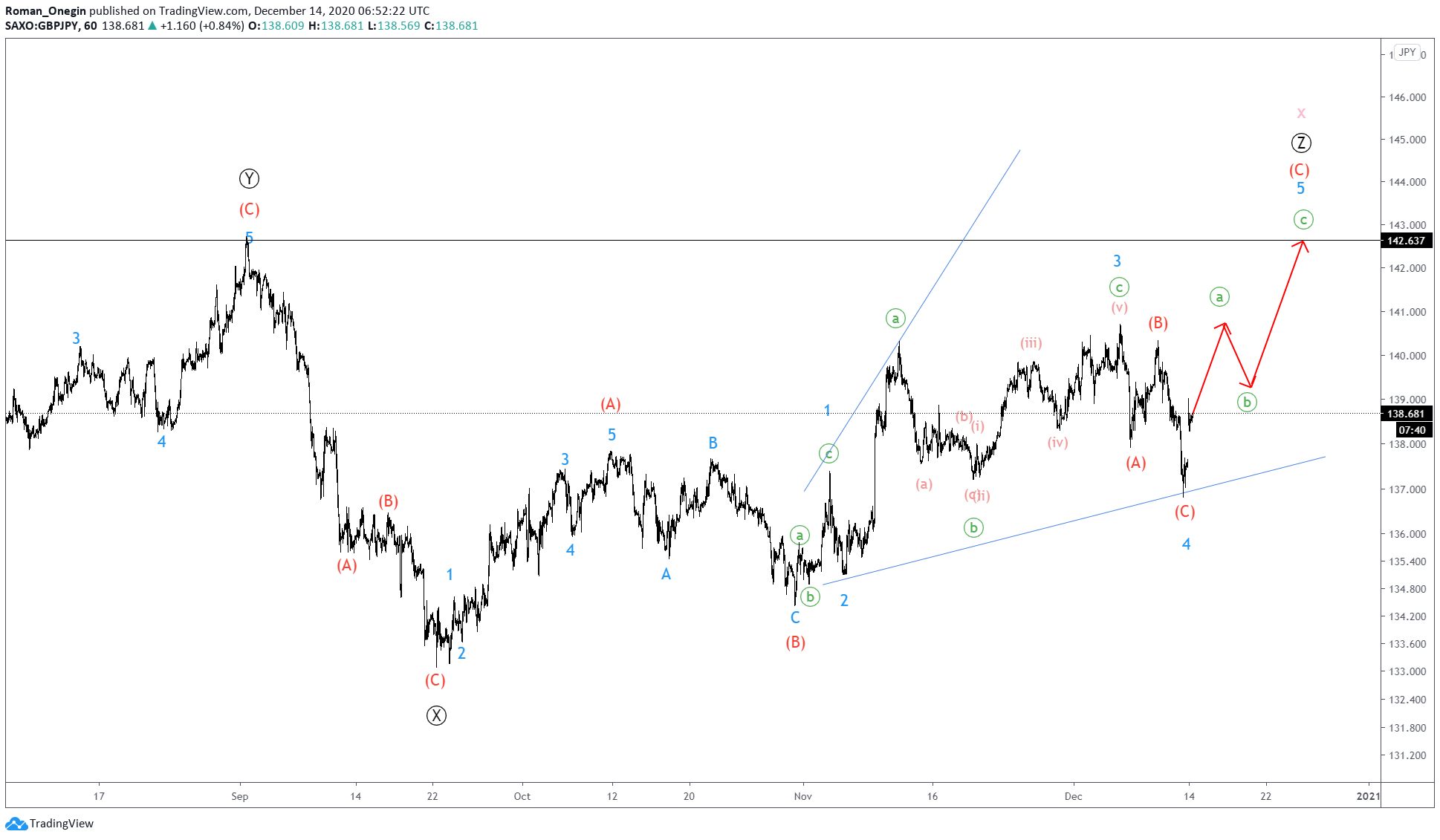 An alternative scenario shows the final wave Ⓩ of a primary triple zigzag is under development.

At the time of writing, intermediate waves (A) and (B), which are the 5-wave impulse and the zigzag respectively, are fully complete.

The final wave (C) has the structure of an ending diagonal, since the end of the minor wave 4 is lower than the end of wave 1.

In the near future, we expect minute waves ⓐ-ⓑ-ⓒ to complete the small wave 5 near 142.63.

The Week Ahead: Extra Time

This Week In Central Bank Meetings