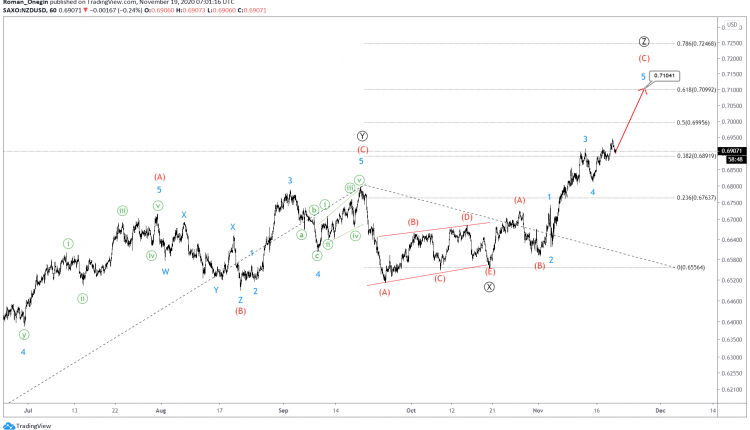 The current NZDUSD structure shows the formation of the final leg of the primary triple zigzag Ⓦ-Ⓧ-Ⓨ-Ⓧ-Ⓩ.

Wave Ⓩ consists of intermediate sub-waves (A)-(B)-(C) and is a simple zigzag.

The first two parts of the zigzag are fully complete. Wave (C), which takes the form of a minor impulse 1-2-3-4-5, is still under development. 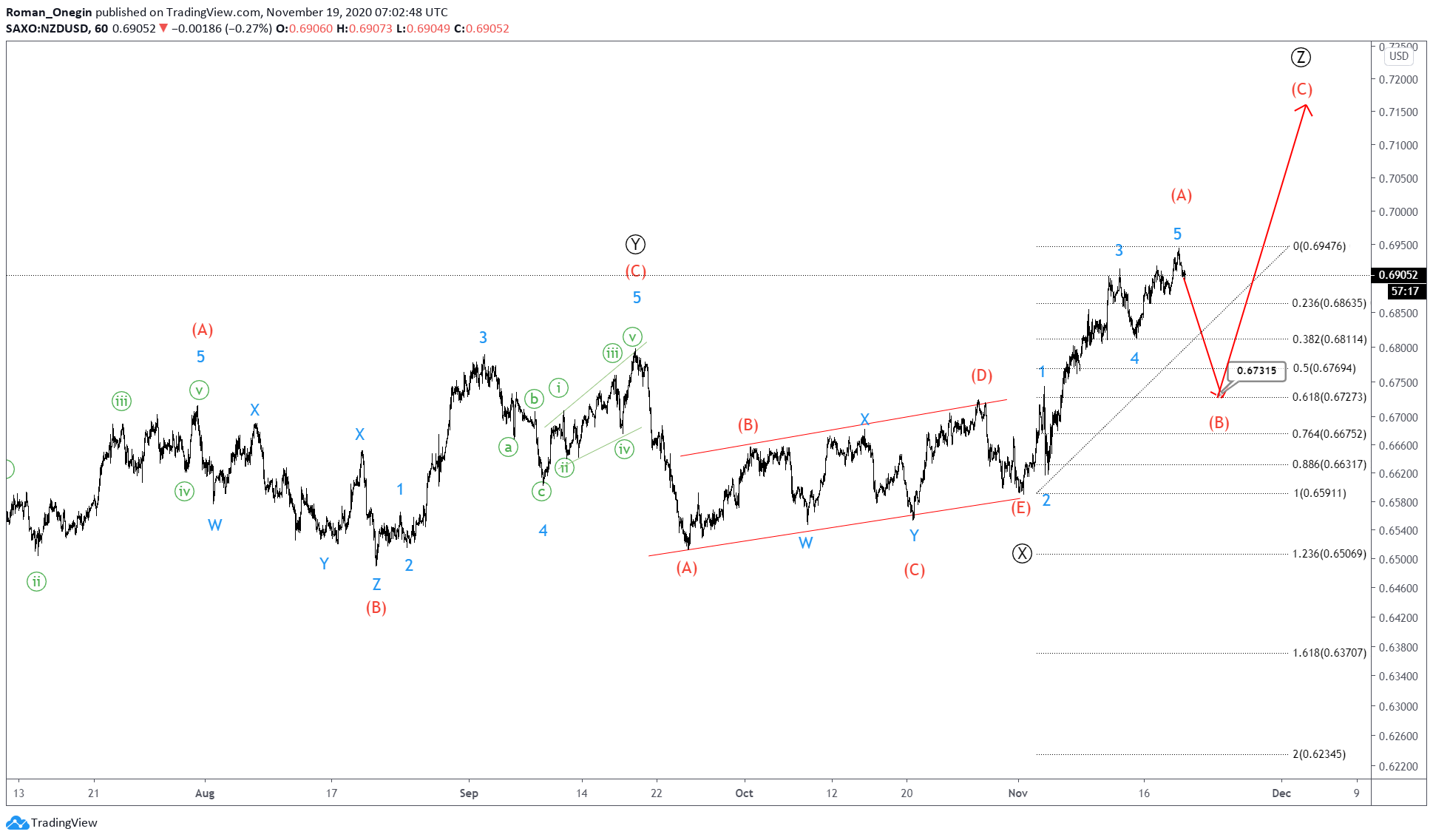 An alternative scenario shows wave Ⓩ could be larger than expected in the main scenario.

In this case, only the intermediate impulse wave (A) has recently completed.

Finally, we can expect the development of a bullish intermediate impulse (C).

Another Crash in Retail Sales? Up Next: UK, NZ, Australia & Canada