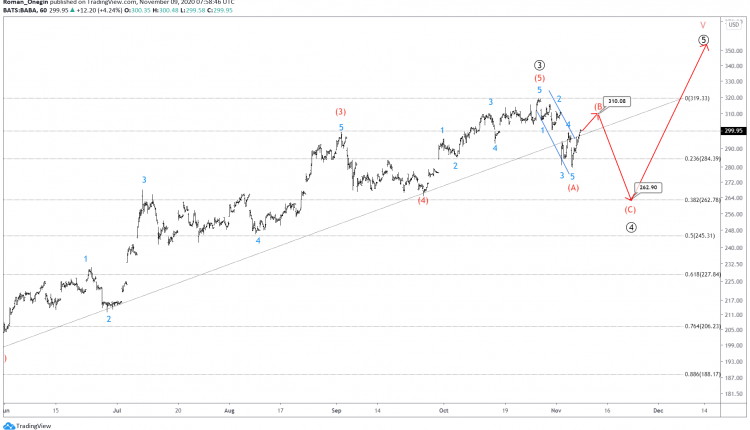 The current BABA structure shows a bullish impulse wave V of a cycle degree. This consists of primary sub-waves ①-②-③-④-⑤.

Primary impulse wave ③ has ended. This was followed by a price decline in the corrective wave ④.

We could expect that this intermediate correction will be simple (A)-(B)-(C) zigzag. 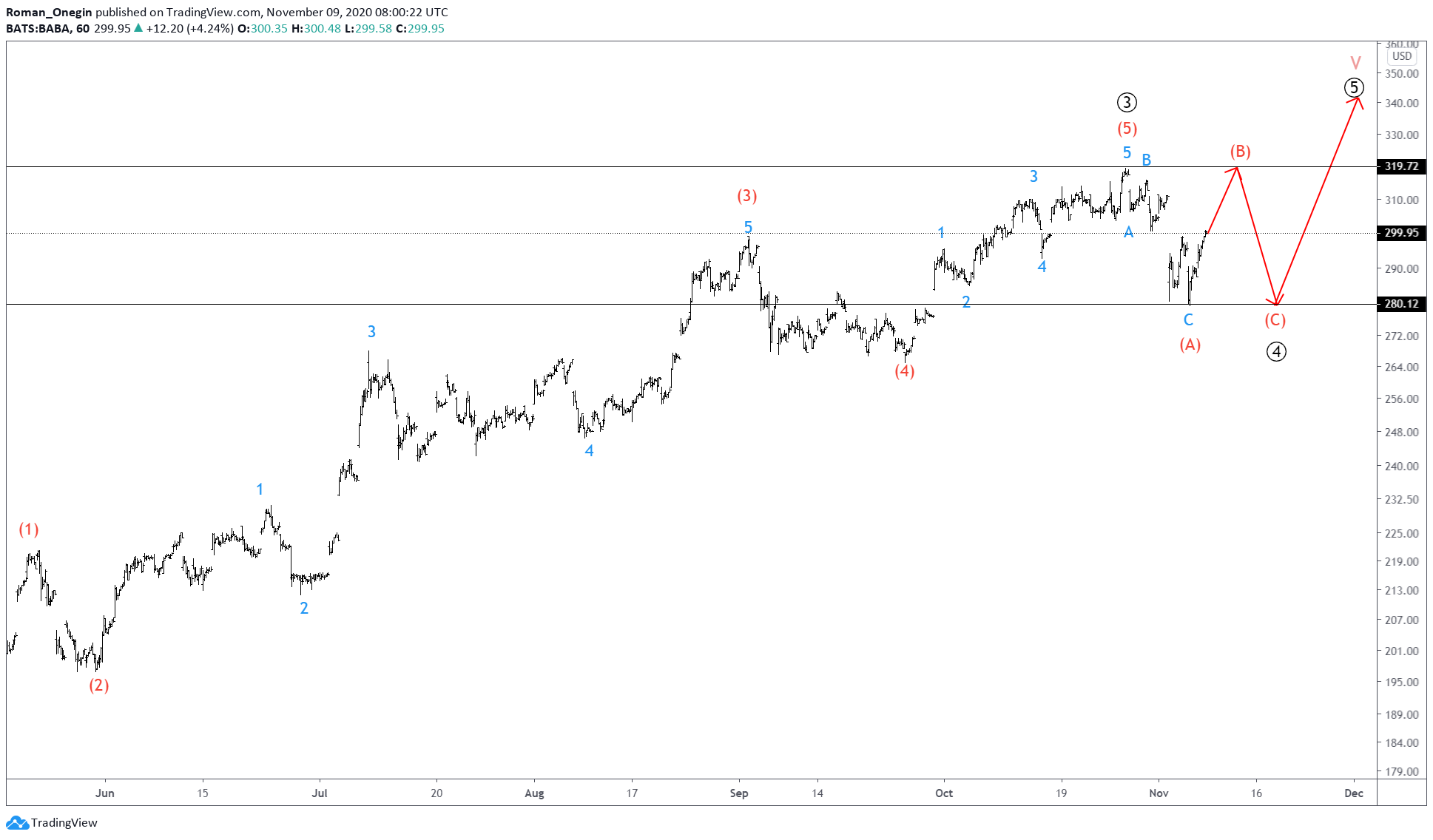 An alternative scenario shows corrective wave ④ of the primary degree as an intermediate flat.

Bearish zigzag (A) has ended. Corrective wave (B) is halfway through its completion. We could expect it to end near the previous high of 319.72.

Finally, the intermediate impulse (C) could lead prices down to the 280.12 area. Previously, this was formed by wave (A).

A Change in Direction for November German ZEW Survey?