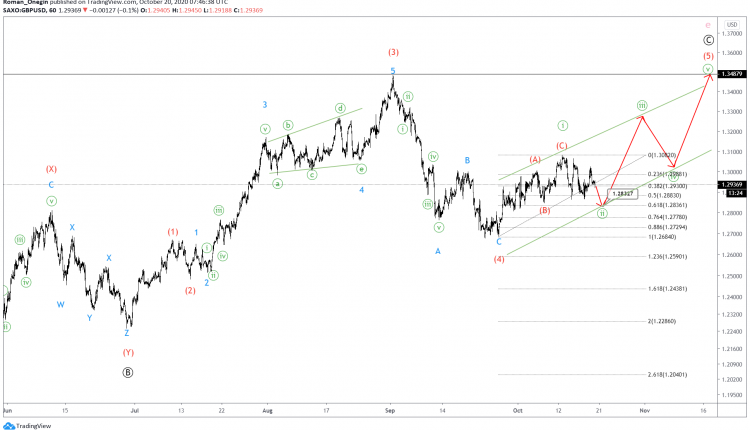 The GBPUSD formation hints at a final wave e which consists of a primary Ⓐ-Ⓑ-Ⓒ zigzag.

Currently, the bearish correction wave Ⓑ which is a double zigzag has completed. Whilst the bullish impulse wave Ⓒ is in formation.

After the end of the intermediate corrective wave (4), wave (5) began which took the form of an ending diagonal.

The entire ending diagonal could then rise to the previous maximum of 1.348. 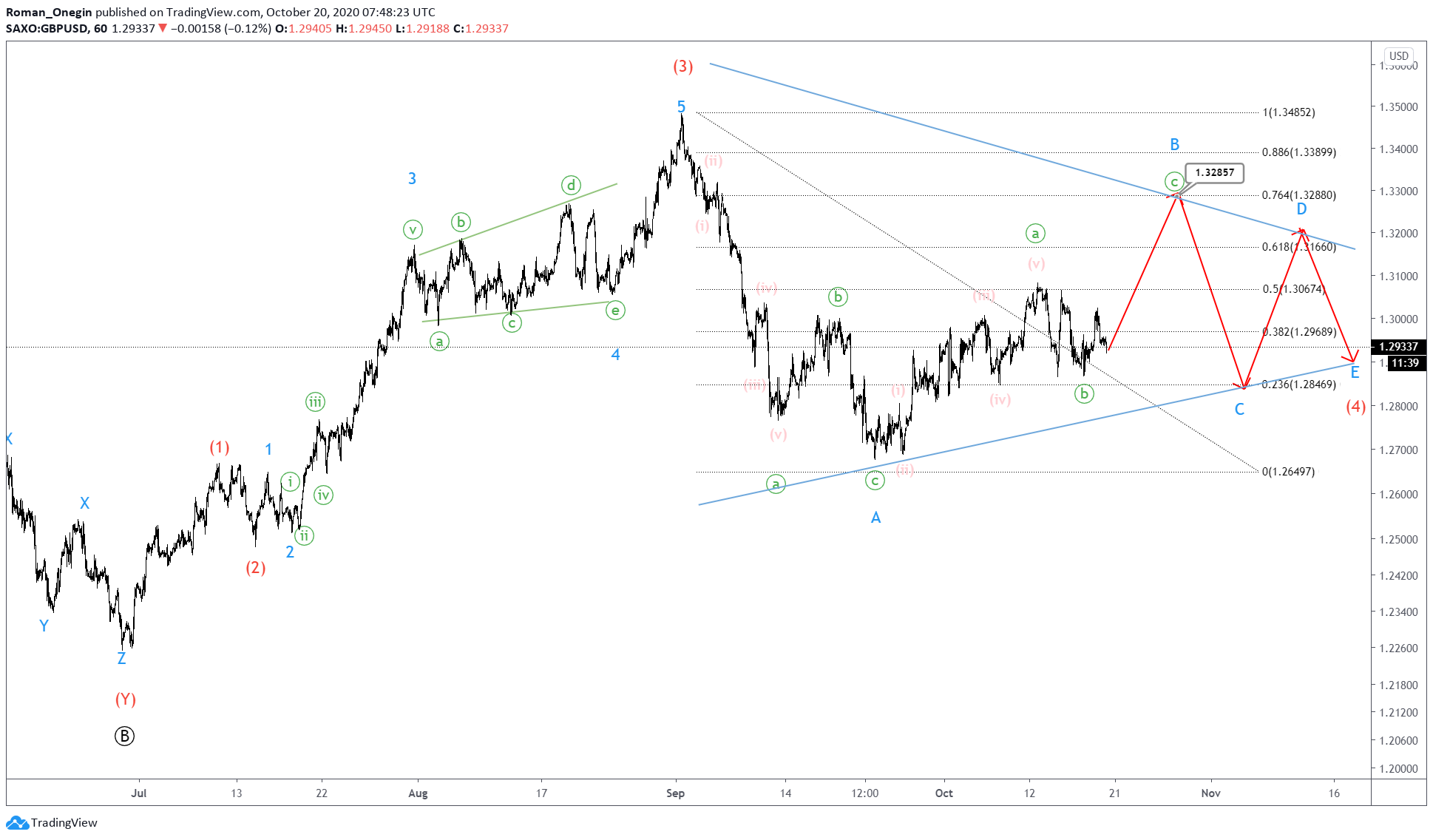 An alternative scenario shows that the intermediate wave (4) is not yet complete, and hints at a horizontal contracting triangle.

At the time of writing, minor wave A is fully completed. Impulse wave ⓒ, which is part of the bullish wave B, is currently under development.