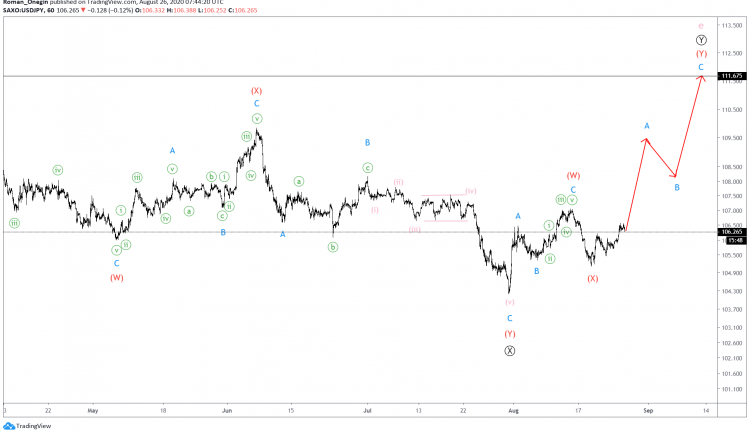 The USDJPY structure shows a corrective move, consisting of primary sub-waves Ⓦ-Ⓧ-Ⓨ. The ‘three’ wave pattern takes the form of a double zigzag.

We saw the completion of the intervening wave Ⓧ, which is also a double zigzag. Then, bulls started pushing prices up in wave Ⓨ.

This level is the previous high formed by wave Ⓦ. 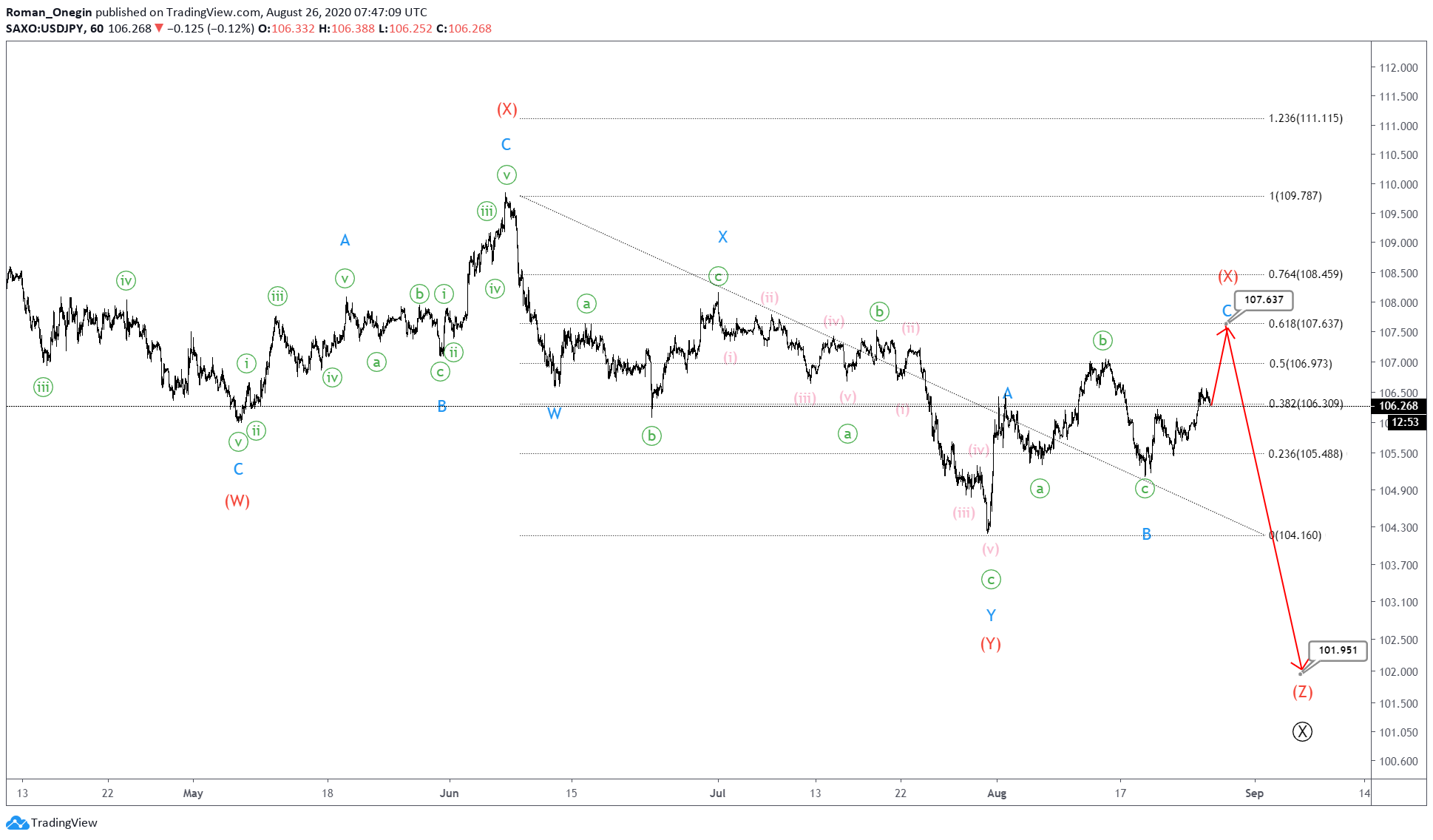 Can Estimated US Q2 GDP Figures Affect the Markets?