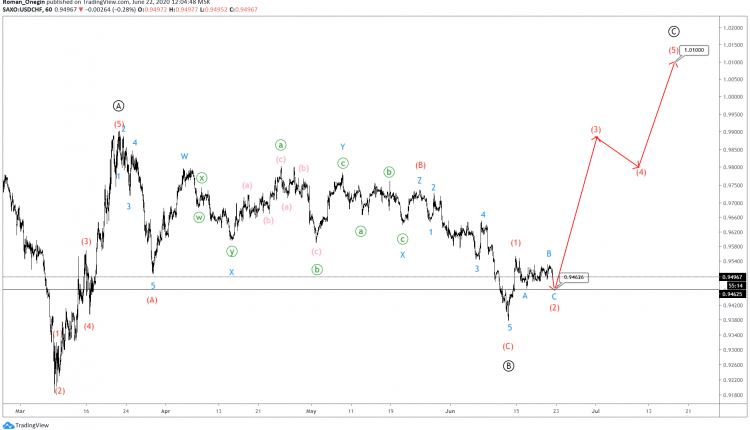 Wave Ⓐ was completed in an impulsive manner, whereas wave Ⓑ ended in a zigzag. Wave Ⓑ consists of intermediate sub-waves (A)-(B)-(C). At the time of writing, wave Ⓒ is under development.

As part of the correction, we expect a decline in wave (2) near 0.9460. This is the support formed by minor wave A.

Once the 3-wave pattern is complete, we can expect prices to move in wave (3). However, the final Ⓒ wave could complete near 1.010. The target would respect the tenancy of impulse waves Ⓐ and Ⓒ being equal. 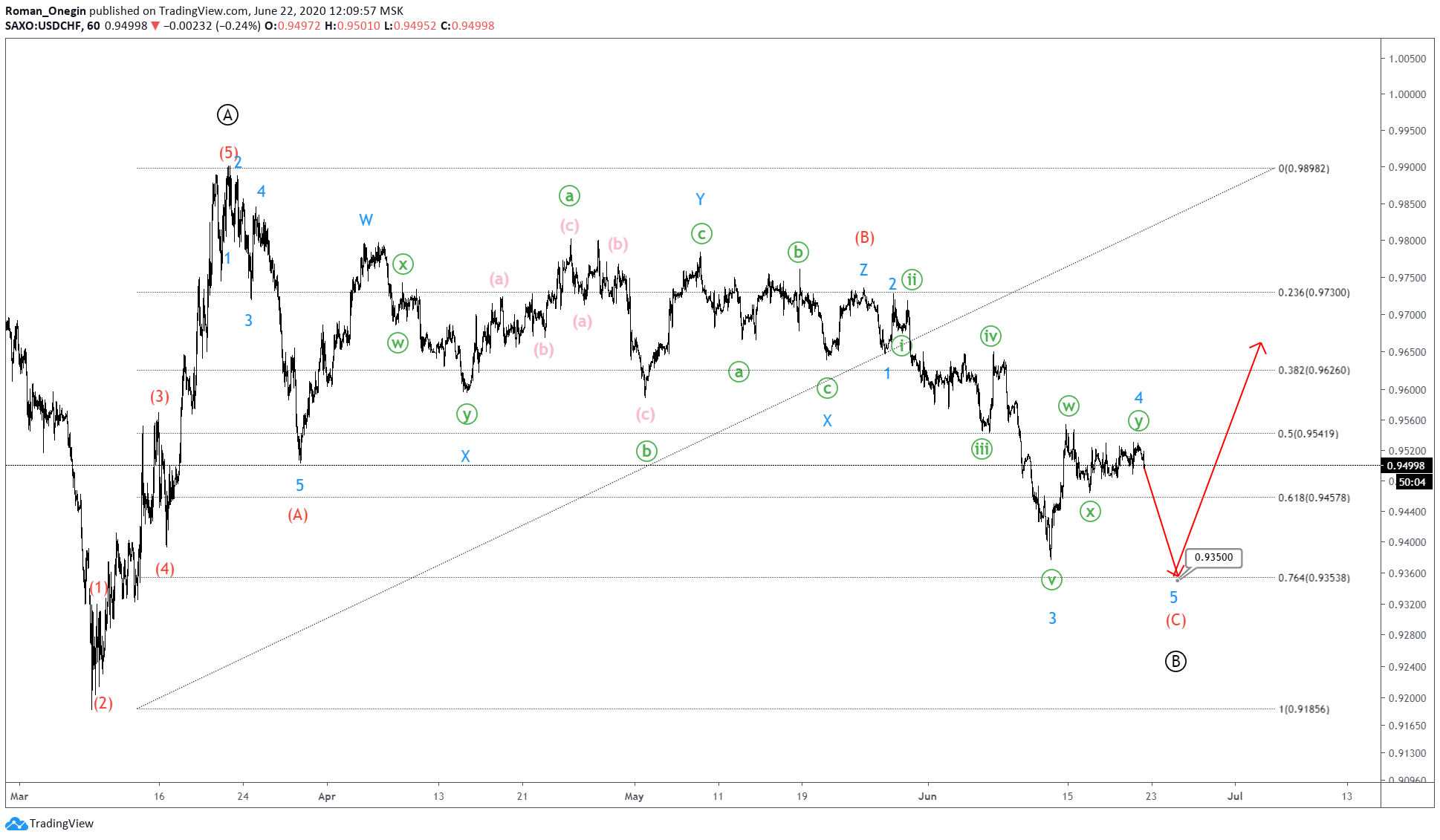 An alternative view suggests that primary wave Ⓑ could take longer to complete.

Once intermediate wave (C) ends its course, we can expect prices to start moving impulsively towards the said target of 1.010.

Test your strategy on how the CHF will fare with Orbex - Open Your Account Now.
analysis_enElliott WaveUSDCHF
0 873
Share FacebookTwitterGoogle+LinkedinPinterestTelegramWhatsAppEmailPrint

What Options Does the Fed Have Now?

Euro rebounds, but can it break the technical resistance?