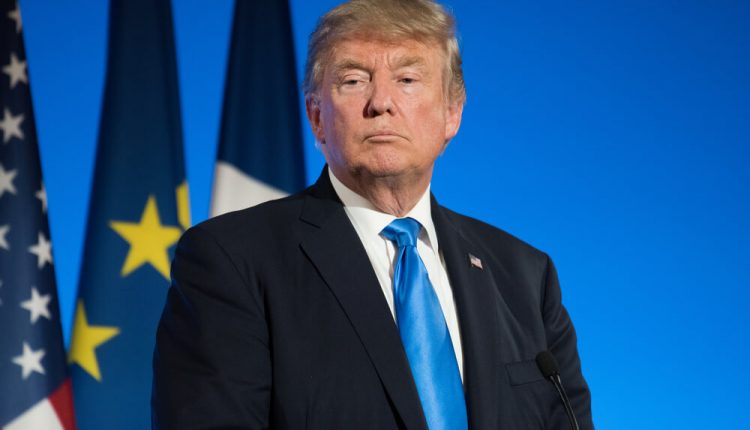 Talk of potential US tariffs on EU car imports has resurfaced in recent days. Trump has warned that unless the EU lowers its tariffs on US lobsters such measures could be taken. Seemingly with not enough on his plate between the ongoing COVID-19, battle, tensions with China, and major civil unrest at home, Trump is now looking to pick a fight with the EU once again.

Speaking at a commercial fishing event in Maine, Trump claimed that the EU had been

Trump went on to explain that the EU benefitted from duty-free lobster imports from Canada as a result of the 2017 Canadian-EU trade agreement.

However, US lobsters come with an 8% levy. US exporters have been complaining increasingly about their disadvantages. This is especially since China applied a 25% tariff to US lobster imports which has been active since 2018.

The US and EU have been locked in negotiations over the last year as work continues to agree a “mini trade deal”.

Discussions have been fraught and saw the US applying 25% tariffs across a range of goods. This is along with threats to apply tariffs to EU vehicles and car parts. This has been a consistent threat made by Trump during his presidency and while he has yet to follow through. The prospect of such a move poses a stark threat to the EU motor export industry which has been in sharp decline over the last two years.

Trump has been highly critical of the EU over the trade surplus they enjoy over the US which rose by around $30 billion over the three years through 2019 according to US Census Bureau Data.

The EU had seeked $10 billion in retaliation funds over its claim that the US government was subsidizing airliner Boeing. The WTO was due to rule on the claim over the summer. However, the US took steps to pass legislation effectively ending the 40% tax break it had given aerospace manufacturers.

“with Washington state’s repeal of this relatively minor tax reduction, the United States has fully implemented the WTO’s recommendation, ending this dispute. This step ensures that there is no valid basis for the EU to retaliate against any US goods.”

However, the US is still pushing for a WTO resolution over its claims against the EU for state funding of airliner Airbus. The US applied record tariffs of $7.5 billion on EU goods over its complaints regarding Airbus, sanctioned by the WTO. Tensions are clearly rising between the US and the EU. The market now awaits the EU response to America’s lobster ultimatum.

The rally in EURUSD has seen price breaking above both the 1.0982 and 1.1228 resistance levels in recent weeks. However, for now, price has been capped by the bearish channel resistance line which capped the rally in March also.

While there is room for further correction lower here, the focus remains on further upside. While the 1.0982 level holds as support, keeping a further retest of the 1.1487 highs in sight.

XAUUSD slips to a four-week low