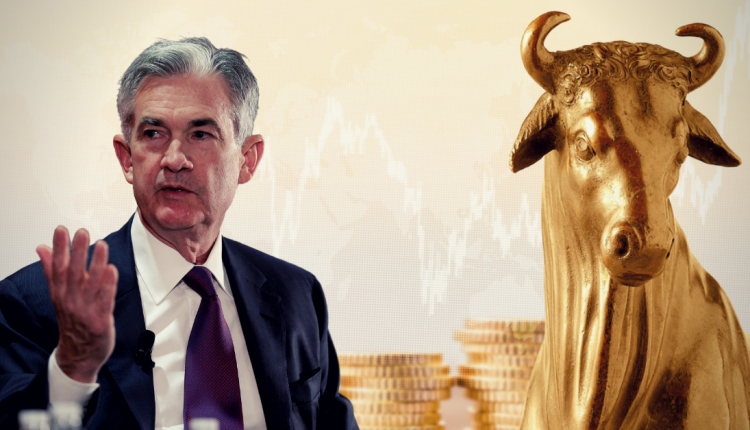 Gold prices have ended the week higher as the US dollar extended its bearish move in response to the latest message from the Fed.

Powell advised that interest rates will remain on hold in the US until at least June 2022. The Chairman was keen to deliver a very sobering message to the market to dispel any idea that the economic damage caused to the US and global economies from COVID-19 might be easily and quickly resolved.

The warning comes just a few days after a record April NFP number which saw 2.5 million jobs created. Equity markets had been higher in the wake of the release, pulling gold prices lower.

Despite the rally this week, gold prices remain beneath the 1748.80 level which continues to hold as key resistance. Price found firm support at the 1679.87 level. While this level remains as support, focus is on further upside. More specifically, on an eventual break of the 1748.80 level and a run back up to 2020 highs.

Silver prices have had a more disappointing week. Having spent most of the week tightly wound in range-bound conditions, the initial upside break seen in response to the FOMC meeting quickly reversed, with price erasing gains.

The heavy sell-off in equities markets is offsetting the positive input from a weaker dollar and higher gold prices on fears of a protracted economic downturn in line with the Fed’s projection.

Powell noted that the Fed now expects the US economy to shrink by 6.5% over the year.

Expectations are for the unemployment rate to end the year around 9.3% from the current level above 13%. Powell was strident in his warning that the Fed is not even “thinking about thinking about raising rates” and has caused a shift in sentiment among traders heading into the end of the week.

Silver prices remain supported by the 17.42 level for now keep, keeping focus on further upside in the near term. While this level holds the 18.83 level is the next key resistance to watch.

However, if support breaks, this week’s rally could prove to be a lower high, turning focus onto a test of the 16.53 level next with the 15.85 level below.

Gold prices catch a bid, but can prices move higher?