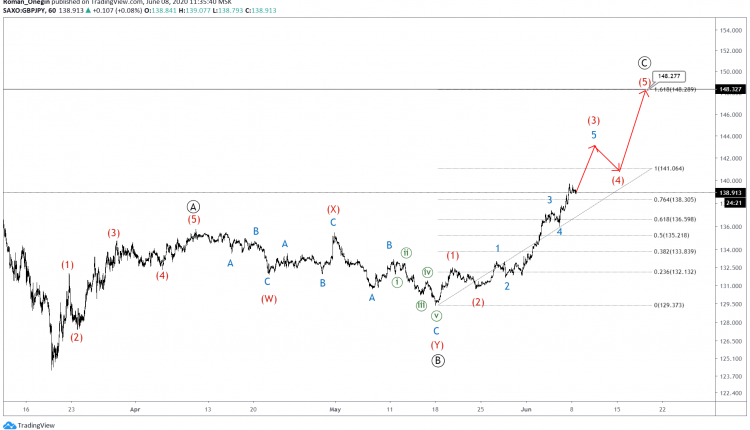 We assume that we are currently in final impulse Ⓒ, which consists of five intermediate sub-waves. 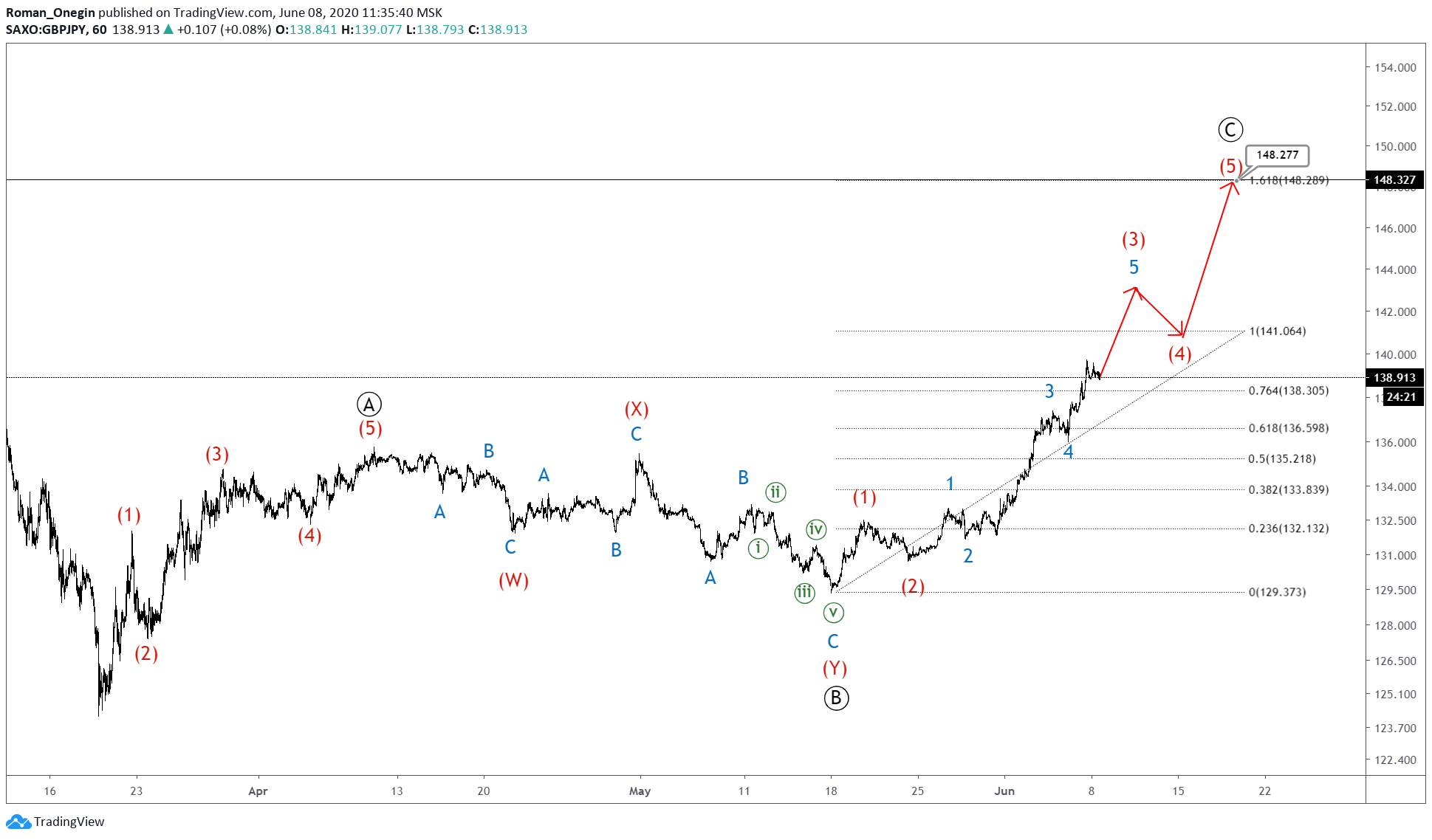 Here, we assume that the intermediate impulse wave (3) has already been built, and we are in the initial part of the bearish correction (4).

At the specified level, wave (4) will be equal to half of the impulse (3).

Then, we could expect the pair to rise within a new bullish 5-wave impulse (5).

The Week Ahead: All In