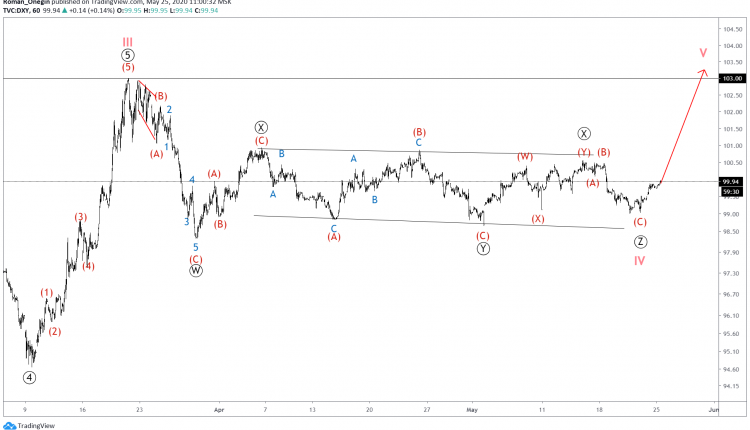 Now, markets are moving up in wave V. We can expect the final wave to reach at least the previous high of 103.00. 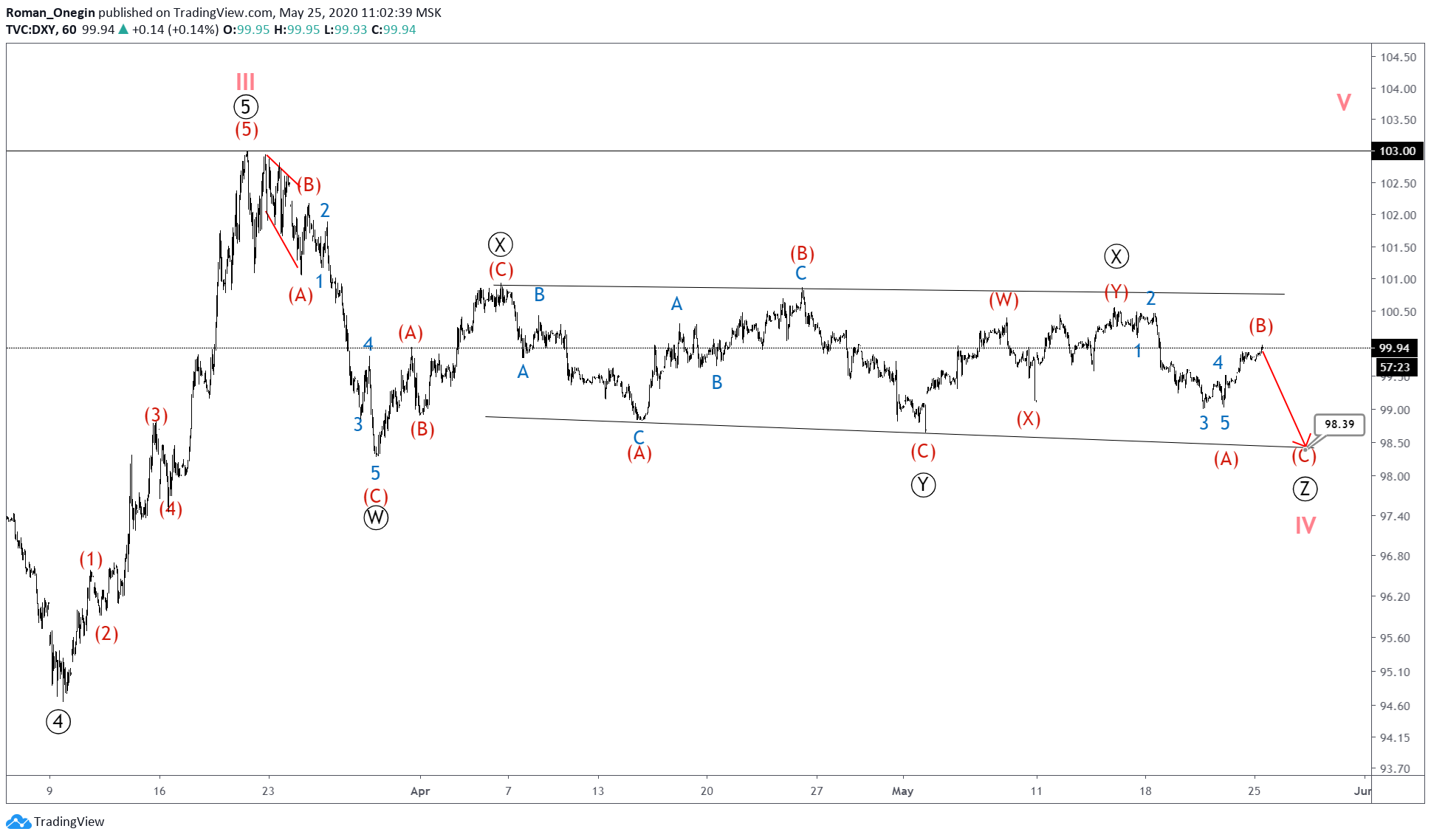 An alternative scenario suggests that wave Ⓩ of IV has not yet ended.

In this case, the markets are currently forming the final intermediate leg (A)-(B)-(C).

EURUSD Gains on a Weaker Dollar and ECB Meeting