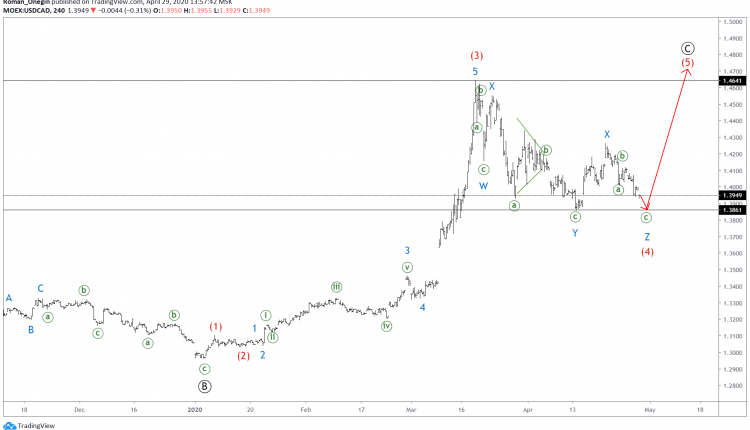 Waves Ⓐ and Ⓑ have completed their course, whereas wave Ⓒ has a little more room to conclude its impulsive 5-wave move.

At the time of writing, the bearish correction in wave (4) resembles a triple combination W-X-Y-X-Z.

In the short term, we could see prices decline in the final wave Z near 1.386. This level is the low reached by minor wave Y. 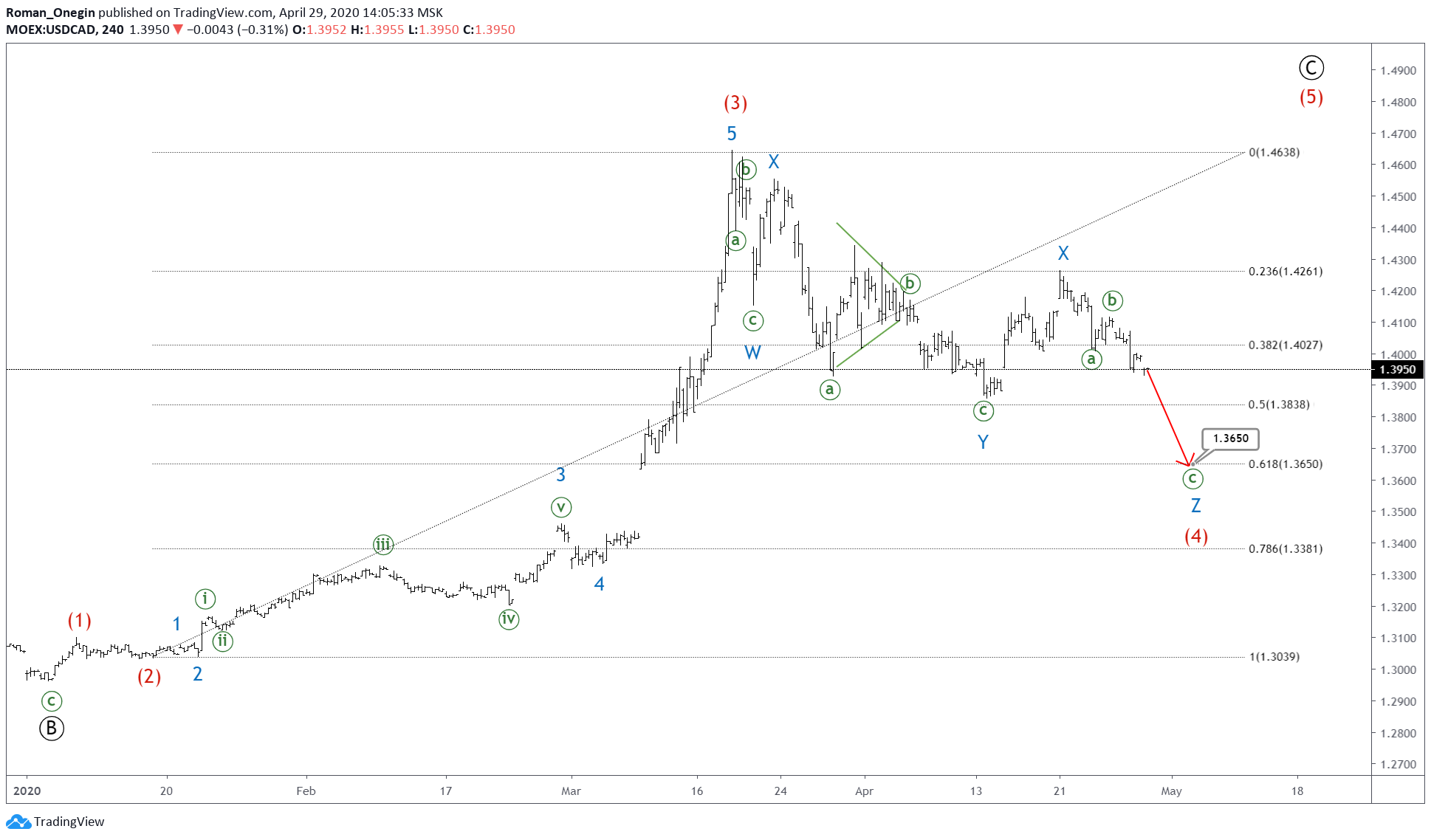 An alternative scenario suggests that wave (4) could end below wave Y’s low. This is indicative of a deeper correction in wave (4) as wave Z could reach the 1.365 area.