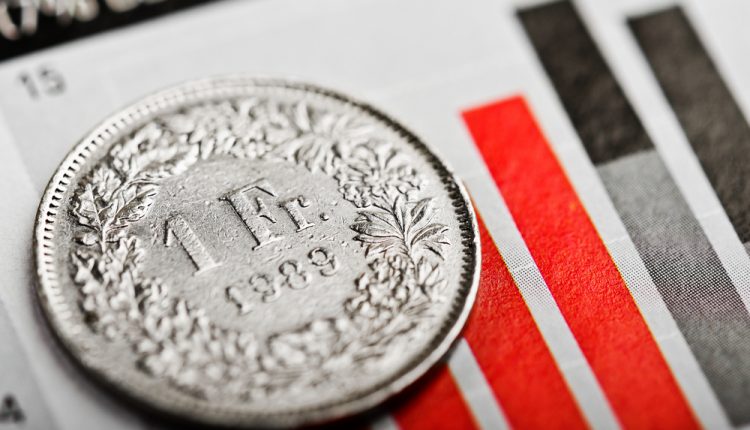 The recent strength in the Swiss franc has extended to the point of gaining versus all major currencies, including the US dollar over the past 2 weeks. Not coincidentally, the start of this period coincided with the breakout in the drama revolving Italian politics. But there are other factors enforcing franc strength. Will the currency require continuous fear in order to maintain its gains?

Where do I start? Italy’s March elections ended in a deadlock between the anti-establishment 5-Star party (led by Luigi di Maio) and far-right League (led by Matteo Salvini). Since then, there had been prolonged disagreements over the choice of Prime Minister and formation of government.

The euro’s losses were deepened and Swiss franc gains amplified by proposals from both parties that threaten to widen the country’s budget deficit via series of spending plans, a flat tax and the cancellation of pension reforms, which may cost over 100 billion euros. Italian bond yields soared to their highest level in nearly a year.

In Rome, doubts were cast over the suitability of Giuseppe Conte for the post of Prime Minister. A university professor, who entered politics less than 3 months ago, Mr Conte is not only seen as a technocrat, but his centrist political leanings may cause even more political deadlock ahead.  President Matarrella urged leaders to make a government or he was going to install a caretaker government ahead of new elections.

Ultimately, these political issues will be resolved. Italy has a long history of political drama, but muddling through and poor growth and debt dynamics have already been priced into the market. The risk of the new government announcing an exit from the euro or suggesting a referendum to do so remains negligible. This may mean a pause in the franc’s gains against the euro.

Why not couple technical analysis skills with your fundamental analysis? Register now for our Top Technical Trading Patterns webinar, happening today, to brush up on your skills!

Another other driver for the recent bout of franc strength may last for longer. Several emerging market currencies are cratering and that’s adding to the bid for safety. The chief culprits are the Argentine peso and Turkish lira, down 15% and 12% respectively since the start of the month, entering in a state of crisis. That’s had knock-on effects to LatAm currencies and eastern European currencies.

A positive near-term resolution here may not be so straight-forward. Turkey has an election on June 24 and Argentina has turned to the IMF for help. From a currency sentiment perspective, futures markets are seeing the biggest amount of franc shorts against the US dollar in over 11 years. How can futures speculators continue to bet against the franc, while EURCHF is at 2-month highs? The answer lies within broader euro prospects and USD strength. Taking a step back, we note USDCHF has failed to clear above the double top resistance of 1.0050, a level holding for twelve month and coincides with the 76% retracement of the decline from the late 2016 highs. The risk-reward return suggests there are more prospects for siding with the franc against the US dollar.