The Bond Bubble Fear is Back. Will Equities Keep on Declining? 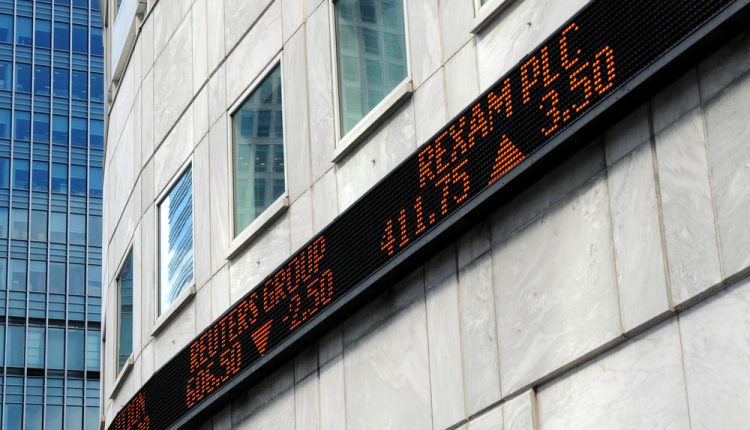 In the past few hours, global equities saw tough sessions, whether in Europe, Asia, or the US. Most of the indices saw a decline of not less than 1%, while fear index spiked significantly.

Who can we blame in yesterday’s declines? The answer is simple – world’s central bank governors. Many of the central bankers indicated earlier this week that the ultra-easy monetary policies would start to end sooner rather than later, not only in the US, but in the UK, EU, and Canada.

In the US, some reports are indicating that the Federal Reserve might start normalizing its balance sheet as early as September. In the UK, the Bank of England governor Mark Carney said that it might be appropriate to trim the current asset purchases program, given the fact that inflation is rising.

In the meantime, if all central banks are hawkish at the same time, this would increase the risk of higher bond yields across the board.

This is where the bond bubble fear is back on the table once again. However, this time, things will be more serious.

The central banks around the world have been buying bonds since the financial crisis until today, flooding the economies with easy and cheap money to generate growth.

Despite the fact that growth is still sluggish, central banks easy policies are coming to an end. Not because growth is reaching the targets, but because inflation is about to explode.

More than a decade of buying bonds and pressuring bond yields, what will happen when they stop? Bond yields rise, right? But the question is for how long? No one knows.

Imagine what usually happens when you put pressure on a balloon? Boom, right? This is what we might experience in the coming years.

Will Equities Keep on Declining?

There is still a long way to go before we can talk about a 20% correction. Most equities are near their record levels. But let’s look at the charts.

FTSE100 Below its Moving Averages 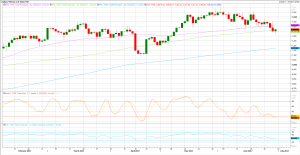 FTSE100 failed to stabilize above its 7500 and eased back due to multiple factors, some are political, and the rest is due to the Bank of England comments.

In the meantime, the index is trading below its 50 and 100 DAY MA for the first time since April, with a clear bearish shooting star on the daily chart, which makes way for another leg lower, possibly toward 7300. Such scenario will be eliminated if the index manages to recover yesterday’s decline.

SPX Bounced Off Its MA 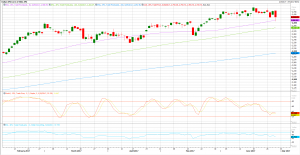 Despite the bloodbath that occurred yesterday during the most trading session, the index managed to bounce off its 50 DAY MA at the end of the same session.

Such bounce eases the fears for a continuation, but the RSI indicator remains bearish below the 50 Mid-point.

As for today, futures are slightly higher, but the short-term bearish outlook is here so stay, as long as it continues to trade below its record high, while the next possible leg lower might be targeting 2400, which should be watched closely. 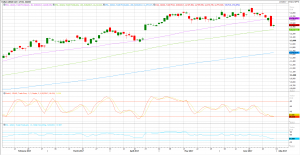 DAX30 tumbled below its 12500 barrier and continued to decline all the way to 12300 at the beginning of today’s session.

However, it bounced back right from that level. Yet, yesterday’s decline might be a start of a bigger correction, especially with its Bearish Engulfing candle on the daily chart, which closed below the 50 DAY MA.

So far, the indicators remain bearish, which keeps the possibility for another leg lower. The first immediate support stands at 12300, which represents its 100 DAY MA.

A break of which would confirm the possibility for a deeper correction, probably toward 12000 in the coming weeks. Such scenario would be eliminated if the index manages to recover yesterday’s decline.

Forex Affiliate Guide: How to Define Your Target Audience