Blame Trump For Anything Bad Happens Next 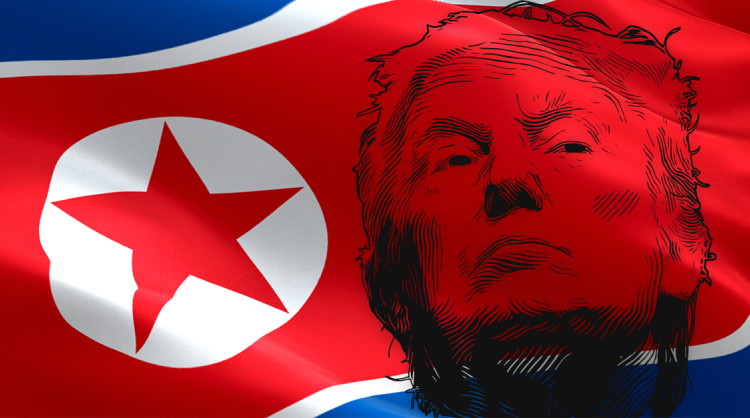 Since the beginning of the week, North Korea and the US are threatening each other, every other hour, and as always, the global markets and the investors are the biggest victims.

Two words were enough to shake the global equities, including the US, Europe, and Asia. In addition, those two words were also enough to push safe haven assets sharply higher.

If I am not wrong, this is the first time ever we hear a US president saying “ We Will Respond With Fire and Fury.” That was a direct threat.

In Return, North Korea responded by saying “Trump is Load of Nonsense.” At the same time, North Korea says it will fire at Guam in August.

All of these factors are likely to be the main driver of the markets in the coming days, weeks and months.

Safe Assets Say It All

Last week, safe haven assets tumbled on the back of the US Jobs Report, which came in better than expected, fueling the estimates for a possible rate hike in September. Gold lost 1% while Silver tumbled by 3%.

At the same time, safe haven currencies have been rising gradually, including the Yen and the Swiss Franc, with no indication of a turnaround anytime soon.

Such rally is showing that there are real concerns among investors, as there is a clear shift from Equities to safe haven assets, which means that investors are anticipating an escalation any moment.

Why Is The US Worried? I Can’t Understand

The US military according to many reports is the strongest in the world, and has one of the biggest defense spending.

Every day we hear about a new technology for the military to protect the US and the American people. One of the most recent ones was the quick response to threats. If the US has this technology and if they have the strongest quick response system, why would you be worried about a country that is half the world away from you? Is it just to create drama?

If North Korea decides to launch a nuclear missile, it will take hours to reach the US. For the past eight years, the Obama administration decided to ignore North Korea’s threats, and nothing has happened.

What If The War Breaks Out

This would be the world worst nightmare since the World War 2, and no one will be able to assess the impact on the global markets.

However, what we can say here is, if a nuclear war happens, wait and see safe haven assets skyrocketing to record levels. Don’t be surprised if we see gold above $2000 or the Japanese Yen below 100.0.

As for equities, a nosedive is imminent, but we can expect for how long and how much indices would lose the minute the attack is launched.

All that we can hope for is that all parties in this conflict should try and be keep the door open for negotiations because the last thing the global economy and the global markets need is to lose trust.

If the market loses confidence, this will bring back some bad memories and markets will be the biggest victim as always.