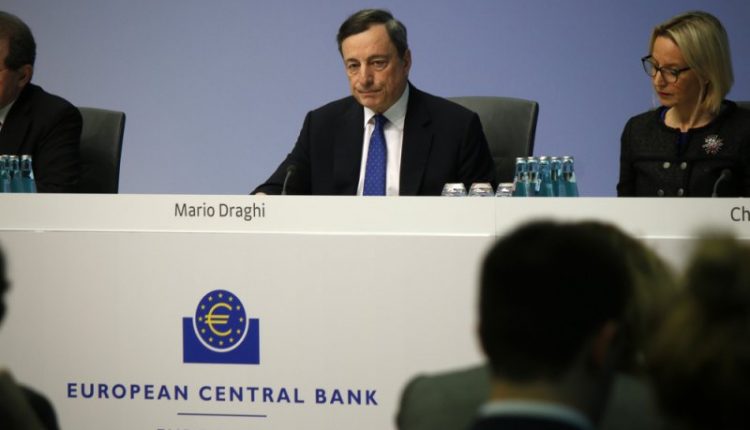 The European Central Bank’s monetary policy meeting was held on Thursday in Tallinn, Estonia. At the meeting, the central bank decided to leave monetary policy and QE unchanged.

Much to the disappointment of the markets, the ECB’s meeting yesterday was mixed, if not dovish which saw the euro giving up the gains on the day.

The run up to $1.1200 in the EURUSD was partly on account of a weaker US dollar and the expectations from the markets about a hawkish ECB verdict. The euro closed at $1.1219 on Thursday after rising to a session high of 1.1236.

However, with inflation (flash) estimates for May showing that core inflation rose just 0.9%, the ECB had to manage expectations. Final inflation figures from the Eurozone will be released next week.

Some analysts called yesterday’s ECB meeting dovish, although it was mostly balanced. The ECB is likely to maintain its stance even if it means having to brace criticism from some of the stronger countries in the Eurozone who want the ECB to tighten monetary policy.

Draghi has repeatedly come under fire from lawmakers in Germany and Netherlands, two countries which favor a stronger euro. The German chancellor, Ms. Angela Merkel had commented a few weeks ago that the euro currency was weaker.

The ECB maintained the status quo and also released its economic projections. Inflation, according to the ECB’s projections is now expected to average 1.5% this year. This is a downward revision from 1.7% in March. For 2018 and 2019, inflation is expected to rise 1.3% and 1.6% respectively.

At the post-ECB rate decision press conference, Draghi told reporters that the 25-member governing council had formed a consensus about changing the forward guidance. However, he said that no discussions took place on the means and timing of a reduction in the central bank’s stimulus program.

“There wasn’t any discussion on normalization,” Draghi said making it clear that policy makers still felt that it would be too early to even think about tightening policy.

Lower inflation forecasts could possibly mean that the central bank’s QE is here to run its course until December as previously announced.

The ECB, however, did tweak its language slightly. For one, while the central bank maintained that “key rates would remain at their present levels for an extended period of time,” the central bank dropped references to the possibility of a further rate cut.

Balancing this was the statement on the central bank’s QE purchases which is expected to continue until December 2017.

At the press conference, the ECB Chief said that policy makers dropped some easing bias as they suspect that the risk of deflation has been eliminated.

The EURUSD currency pair is likely to take a breather in the short term, although a surprise rally cannot be ruled out. The daily chart below shows the bull flag formation in place.

However, this could change in the event that the EURUSD slips to 1.1100. In such a case, the upside will be invalidated and will put EURUSD on the path to test the support sitting at 1.0900.

Looking ahead, the next main catalyst for the EURUSD will be next week’s FOMC monetary policy meeting on Wednesday followed by the inflation data for the month of May due for release on Friday by Eurostat.