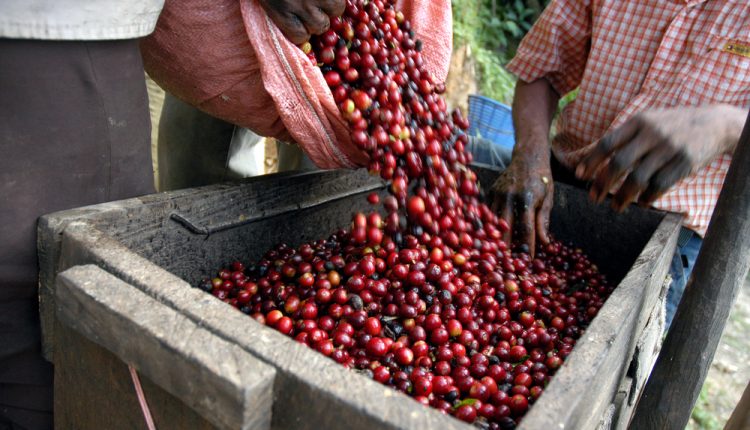 Coffee futures contracts extended gains this week as the price of Arabica futures contract for December delivery touched a fresh two-year high, closing on Wednesday at 158.20 cents. The rally came after a weak start to the month as price briefly fell to August highs near 147 – 146 cents before staging an impressive rally.

Arabica coffee futures are now trading 40% higher since the lows seen during the start of the year.

Coffee futures rallied on bullish fundamentals. Last Friday, the International Coffee Organization flagged potential setbacks to upcoming harvests from Colombia, Indonesia, and Vietnam, the three biggest coffee producing nations. The weather was largely to be blamed, on the drought conditions in Vietnam, which is the biggest supplier of Robusta coffee saw crop harvests down 11%. The drought conditions in Vietnam said to be the worst in nearly three decades has also led many traditional coffee farmers to opt for other crops that are seen to be more economical with water usage.

Carlos Mera commodities analyst at Rabobank said that it is too early to see premiums rise despite drought conditions staying a concern. “It remains to be seen if the dry conditions in Brazil will cause the flowers to drop to the ground,” Mera said.

Coffee production from Brazil is forecast to decline in the coming year or two coinciding with the cyclical “off” production year. Procafe, the research group, gave a downbeat estimate for Brazilian coffee production for 2017 and expected output for Arabica beans and Robusta to fall. The research group pegged 2017 production at 39 million bags, nearly 20% lower from this year’s 49 million. For arabica crop, Procafe expects a range of 28m – 32m on drought-hit regions.

Last week CCCMG physical coffee exchange from Sao Paulo, Brazil reported that coffee trees entered into a widespread flowering after recent rains, despite the forecasted lower production levels next year, the recent flowering has kindled hopes that next year’s cycle will minimize the downward pressure on production.

Gil Barabach, a consultant at Safras & Mercado, said that it was too early to tell how big the next crop will be, adding that “if rains continue to be favorable, the next crop’s output could be surprisingly large for a down-year in the cycle.”

U.S. Department of Agriculture’s Foreign Agricultural Service had previously released its forecasts on coffee for 2016/2017. In its report, the department noted that coffee production would increase by 2.4 million bags to 155.7 million while on the same note, global consumption is forecast at 150.8 million bags and cautioning that exports could be lower.

A report from Marketwatch this week carried out an analysis on the soft commodities markets. The article noted that climate change had been one of the biggest factors in driving coffee prices higher with commodities analyst Phil Flynn expecting coffee prices to surpass $2.00 this year despite steady demand. Phil David, CEO of PSW Investments said: “Global warming is an all-around bad thing that’s going on, a relentless macro change that you can’t get away from.”

The recent rally to the 158.20 – 160.0 handle marks a test of resistance level that previously acted as support on multiple occasions since 2012 and later in 2014. This view is further heightened by the fact that the median line which is being well respected so far is likely to see price failure at the current levels. Further gains can be seen coming only on a clean break above 160.50, which is unlikely to happen without a fundamental catalyst.

Add to this; the rising wedge pattern also increases the downside in coffee prices with an initial decline likely to be supported at 155.55, followed by the downside test of support towards 136.

Global Equities Outlook Ahead of ECB