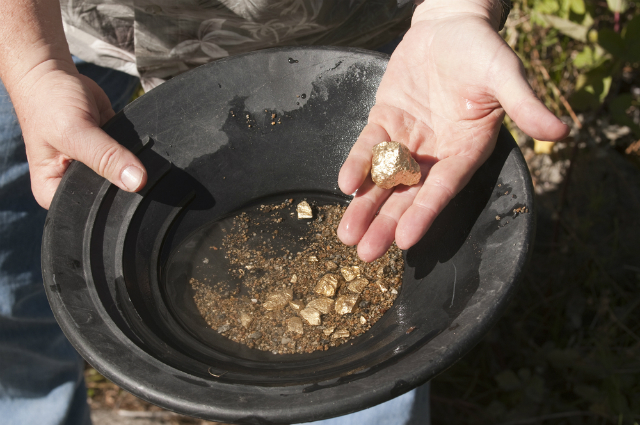 The precious metals markets had another year of declines in 2015 but price action looks to have gotten off on a good start at least for Gold which is currently up 1.60% for the week while Silver prices are more subdued, gaining 0.42% on a week to date basis. The fact that both the metals are trading new lows points to a possible correction in the near term. With the Fed’s QE now being history and the rate hikes being the new norm, any signs of inflation is likely to see Gold move in similar tandem.

On the daily chart for Gold, price action saw a follow through after forming a doji close on 31st December 2015. With the high of the doji being broken and price action posting two days of gains, currently at 1080, the move to the upside is more or less confirmed. The breakout from the triangle/wedge pattern is also indicative of a move to the upside, albeit a risk of a retest back to the breakout level near 1070 cannot be ruled out. The daily chart shows an initial test to 1095 – 1100 level of support/resistance. As long as prices remain above the doji’s close near 1060.88, the short term bias in Gold remains to the upside with 1095 – 1100 in sight.

On the weekly chart for Gold, the median line plotted shows a strong consolidation at the current level between $1057 – $1090. A breakout from this range is essential in order for Gold prices to push higher towards the 1100 region. The weekly chart also shows a further move higher towards 1117 region through 1133 which marks an important support zone that was broken. A retest to this level to establish resistance, therefore, cannot be ruled out.  Price action on the weekly chart remains within the range of the bullish engulfing candlestick pattern that was formed on the week of 29th November and this signals the daily chart’s analysis of a move higher. Of course, a break below the low of the bullish engulfing at 1046 would invalidate this bias and could see Gold prices continue to push lower.

To conclude, Gold prices remain bullish in the near term with a test to $1100 region offering a short-term correction in prices as long as 1046 low is not breached.

Silver prices have seen prolonged consolidation within 14.56 and 13.65 levels for nearly a month. This strong consolidation at the current levels indicates a potential breakout in the near term. Prices are trading below the 14.12 – 13.93 level of support/resistance and is also confirmed by a bullish divergence that has built up as the Stochastics on the daily chart has failed to confirm the lows and instead printed a higher low. The divergence could be validated if Silver manages to post a convincing close above 14.12, in which case a correction to 14.76 cannot be ruled out if the 14.56 minor resistance manages to give way.

On the weekly chart for Silver, the support/resistance level is shown at 14.37 – 14.24. This level has been tested a few times before Silver closed on a strongly bearish note last week. Plotting the minor median line over the past few weekly sessions, we can see that in the event Silver manages to close above 14.15 on a weekly basis, the resistance level at 14.37 – 14.24 could come under pressure which if broken could see a move to the upside. The immediate level in question is at 14.76 and if the broken resistance manages to turn to support, a move to 15.64 – 15.45 is very likely.