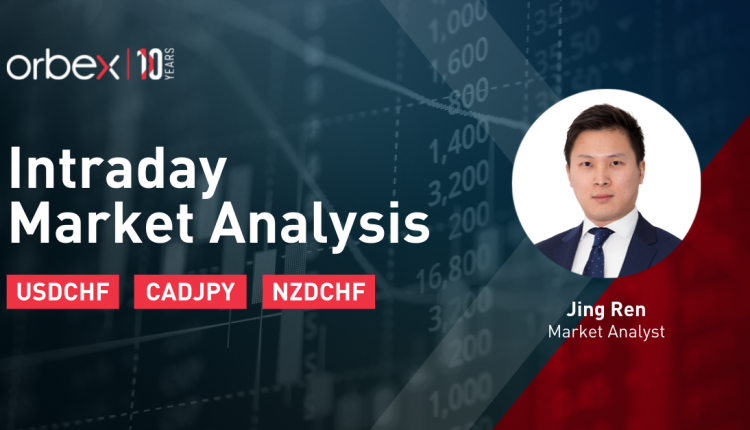 The US dollar takes a backseat as traders await the Fed’s update at the Jackson Hole symposium tomorrow.

The pair is trading within a narrowing range between 0.9020 and 0.9240. This is a sign of momentary hesitation amid mixed data signals.

The greenback is testing again the 61.8% (0.9100) Fibonacci retracement level from the August rally.

A rebound will need to clear 0.9170 to attract more patient players. A bearish breakout towards 0.9020 on the other hand may invalidate the recent rally.

The Canadian dollar bounces back supported thanks to a recovery in oil price.

The break below the daily support at 85.50 suggests that sentiment may have turned downbeat in the medium-term. However, there is still room for an intraday rebound after the RSI’s double-dip into the oversold area.

The indicator’s divergence also showed a slowdown in the sell-off.

A close above 87.10 would lead to the supply zone at 88.40 where we can expect stronger selling pressure. 86.20 is fresh support on the downside.

The New Zealand dollar climbed after the RBNZ’s chief economist said that the outbreak has limited effect on monetary policy.

The pair saw buying interest at December’s low at 0.6250. The RSI’s bullish divergence in this demand zone was an important signal that sellers had become less aggressive.

The subsequent rally above 0.6330 is a confirmation that a rebound is underway.

0.6415 would be an intermediate resistance. 0.6300 is fresh support in case of a pullback as the RSI inches towards an overbought situation.