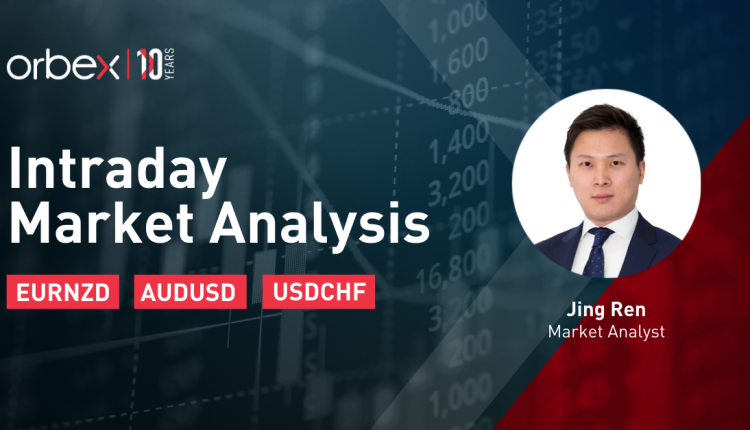 The US dollar tanked after an increase in US jobless claims tempered market optimism. The pair has met stiff selling pressure at 0.9470 since last July.

The RSI has repeatedly ventured into the overbought area and suggested that the rally could have overextended itself.

0.9400 is the immediate support and a bearish breakout could trigger a broader sell-off to 0.9350. Below that, a deeper pullback may lead the price action towards the medium-term support level at 0.9220 on the daily chart.

AUDUSD bounces back to resistance

The Aussie has found support from better-than-expected retail sales of -0.8% versus a consensus of -1.1%.

Following the pair’s fall below the daily trendline and the key floor at 0.7580, the market has turned into a consolidation mood.

An oversold RSI has triggered some short-covering, but the current rebound may attract more sellers in the supply zone around 0.7660.

A bullish breakout could raise offers to 0.7750. Failing that, the price action would remain in a downward trajectory and test 0.7530 once again.

The euro is struggling to keep its balance between upbeat PMI and new lockdowns.

The pair has been trying to rebound from last March’s bottom near 1.6330. After establishing a base around 1.65 the price action has surged with solid momentum.

1.6890 is a critical resistance on the upside, and if buyers succeed in clearing the way the euro could extend the rally above the psychological level of 1.7.