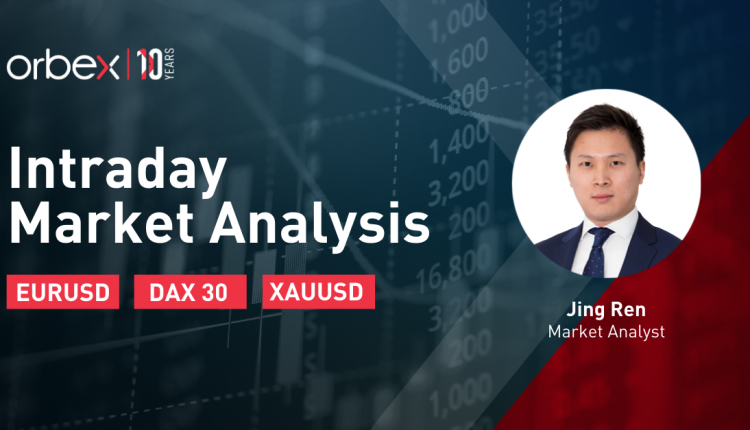 Easing Treasury yields have put a floor on global stock markets for now. The DAX 30 is making another attempt at February’s high of 14180 after it broke through intermediate resistance levels of 13990 and 14070.

The RSI is yet to enter the overbought zone, giving the price action enough headroom.

The short-term bullish trendline near the 20h and 30h moving averages is the immediate support. Further down, 13920 is a major support to keep the intraday sentiment optimistic.

A 1.1% increase in core inflation as expected across the eurozone has put the single currency back on track. The pair has bounced off the resistance-turned-support area around 128.20, which coincides with a month-long rising trendline.

The breakout above 128.75 is likely to accelerate the bullish momentum as trend followers jump onto the bandwagon.

Should buyers lift the offers around 129.35 the price could advance towards the psychological level of 130.

As the RSI achieves a higher high from the oversold area, price action followed suit by breaking above the short-term bearish trendline.

The bullish MA cross is the final confirmation that a U-turn is in the making. 1760 is the key resistance and a breakout could extend the recovery towards 1790.