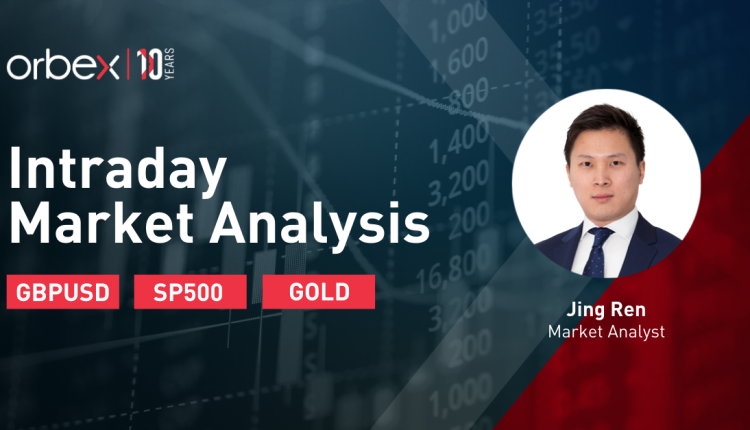 The pound saw fresh sell-off despite a fall in the UK’s unemployment rate as average earnings, an indication of inflation remained subpar.

Two failed attempts to breach the psychological level of 1.4000 have put the short side back in control. The bearish breakout below 1.3800 has intensified the selling pressure by triggering stop-losses and would call 1.3650 as the next target.

In the meantime, as the RSI dipped into the oversold area, a brief pullback to around 1.3850 might fill more sell orders.

XAUUSD breaks out of consolidation range

Gold came under pressure as the US dollar claws back losses from previous sessions.

On the daily chart, the price is entangled between the 20 and 30-day moving averages which act as resistance after the February sell-off.

Zooming into the hourly chart, the precious metal has been struggling near the supply area 1750-55.

The narrowing trading range between the resistance and the rising trendline is a prelude to a breakout, and a close below 1728 would resume the downtrend with 1700 as the target.

As a reminiscence of the trade war, brewing international tensions with China could derail investor sentiment once again. After a two-week-long rally, the S&P 500 has retreated from its peak at 3989 in search of stronger support.

Divergence between the price action and the RSI was a sign of exhaustion. Then successive breakouts below 3936 and 3911 prompted short-term traders to take profit.

The latest rally could be a dead cat bounce unless it achieves a new high. To the downside, 3860 would be the next stop.