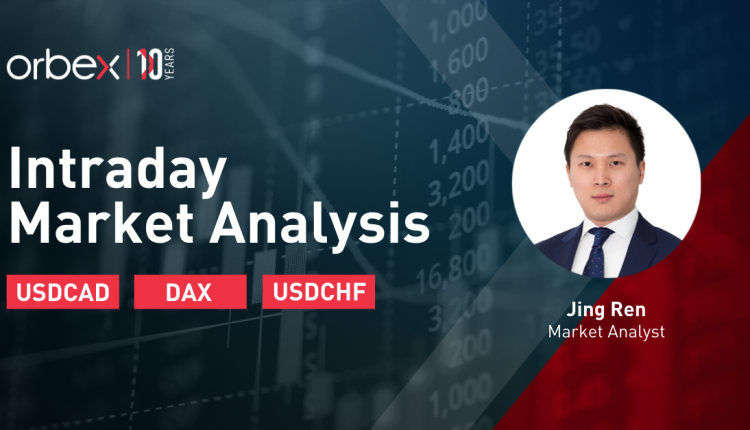 The German index rallied to a new high as investors priced in the benefits of economic normalization.

The ascent above 14180 was the result of short-covering and momentum trading when that critical resistance broke away. The latest correction might have ended right there with the bullish bias intact on the daily timeframe.

Short-term traders’ profit-taking might cause a retracement towards the demand zone between 14180 and 14310. However, the buying interest is likely to stay strong as trend followers jump in.

Retreating US yields have led to profit-taking on the US dollar.

An RSI divergence in the overbought area was a sign of a loss in the bullish momentum. Then a 100-pip drop below the 20 and 30-hour moving averages and a bearish MA cross confirmed the overextension.

The pair is now testing its first key support at 0.9250. An oversold RSI indication could attract some bargain hunters. Though a failure to hold on to that level may trigger a deeper correction towards 0.9180.

As the US dollar is grinding along a falling trendline, there is a chance of a breakout if the Bank of Canada convinces markets of its resolve to keep interest rates at a record low.

Price action has been building up support above 1.2570 in a rectangle-shaped consolidation. The narrowing range between the support and the resistance is typical of the market’s indecision ahead of a catalyst.

A close above 1.2700 on the daily trendline could prompt sellers to rush to cover their positions, fuelling a breakout rally.