UK Data Summary Ahead of the BOE: Has Positive Momentum Subsided? 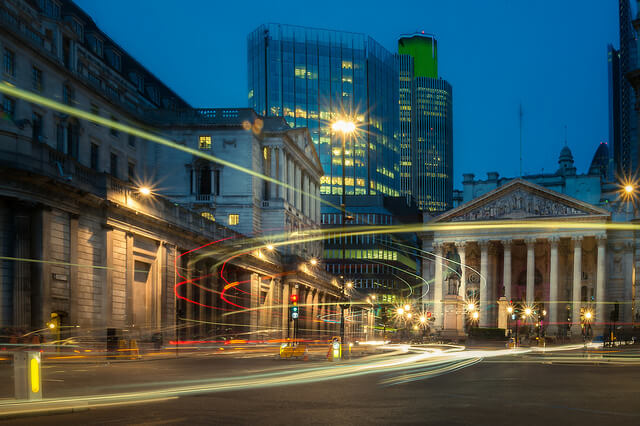 Data Risks Into The BOE

Heading into the March Bank of England meeting, the market is widely expecting the BOE to keep rates on hold but, a great deal of attention will be placed on the accompanying statement. With the bank having previously given hawkish signals, many traders are looking for a rate rise at the upcoming May meeting, when the bank will release its next inflation report. However, recent data has given some cause for concern. There are now two way risks heading into the meeting, with the chance that the BOE will not give the hawkish signals bulls are looking for.

The latest inflation reading for the UK has done little to inspire confidence. The headline inflation fell from 3% in January to 2.7% in February, the lowest rate since July 2017. Core inflation, which is tracked by the BOE, similarly fell to 2.4% in February from 2.7% in January. The declines were seen mainly in transportation, recreation and culture, restaurants and hotels and food and non-alcoholic beverages. However, there was some strength in the readings with clothing and footwear picking up over the month. At the same time housing, water, electricity, gas and other fuels remained unchanged along with miscellaneous goods and services.

After peaking at 3.1% in November, which prompted a sharp increase in BOE rate hike expectations, inflation has now fallen by 0.4%. This is a decline which many players anticipated as the pass through from the post-Brexit Sterling decline and higher oil prices fade away. While inflation remains above the BOE’s 2% target, the case for further rate increases will remain intact, though the BOE will be closely watching incoming data to see if these declines continue.

Of equal importance to the BOE is the unemployment rate. After steadily decline over last year, falling from a high of 4.7% to a 42 year low of 4.3%, the jobless rate stagnated and after remaining at 4.3% for several months, recently ticked higher back up to 4.4%. While the unemployment rate remains comfortably low, the BOE will be keen to see if the rate continues to deteriorate.

Despite some weakness creeping in for both inflation and the unemployment rate, wage growth which had stubbornly lagged inflation, was a major issue for the Bank of England over recent years. It has finally started showing some strength over recent months, rising from a low of 1.9% last year to current levels of 2.5%.  However, it is worth noting that wage growth has been stalled at this level for 3 consecutive months now. This poses the risk of a decline in coming readings, which along with weaker inflation and unemployment, could fuel a dialling back of BOE rate hike expectations.

The final aspect of data weakness which needs to be considered heading into the meeting is GDP growth. After rising steadily over the first three quarters of 2017 to reach 0.5%, the Q4 reading undershot expectations and fell back to 0.4% as production output rose at a weaker pace than expected alongside a slowdown in the growth of household spending and business investment.

Given the general theme seen across a range of key UK data points (which is a cessation in positive momentum) the BOE’s March statement is likley to remain very similar to the February statement. Placing emphasis on remaining data going forward. Any greater emphasis on data weakness will likely have a negative impact on GBP.

March FOMC meeting will be epic, but will Jerome Powell revive the US Stock Market?