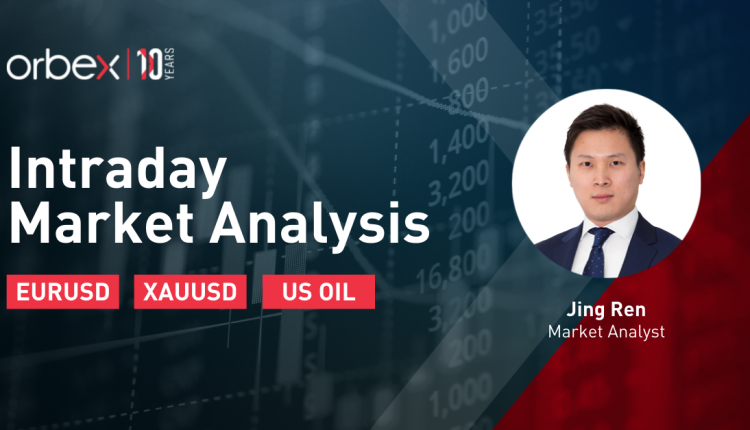 The US dollar fell after the Federal Reserve called for patience on raising interest rates.

The pair has met strong resistance at 1.1690, a previous demand zone on the daily chart that has turned into a supply one. The latest sell-off has been contained by 1.1535, near the base of the recent rebound as an oversold RSI attracted some bargain hunters.

A surge above the intermediate resistance of 1.1620 would bring in more momentum traders. Then a break above 1.1690 could kickstart a bullish reversal in favor of the euro.

Gold recovers as the US dollar softens across the board following a neutral FOMC.

Price action had previously struggled to clear the supply area around 1810, the origin of the September correction. The subsequent fall below the support at 1785 has prompted buyers to take profit.

However, the RSI’s repeated oversold situation has caught buyers’ attention at the daily support at 1760. 1785 is the hurdle ahead and a bullish breakout would resume the recovery. Failing that, the bears may push towards 1740.

USOIL falls back for support

WTI crude slipped after the EIA reported a larger increase in US inventories. The psychological level of 85.00 has been an effective hurdle so far.

The previous fall below 81.00 has put the bulls on the defensive, especially after their failure to achieve a new high above 84.70. This is a confirmation that sentiment has grown cautious after the price’s recent vertical ascent.

The RSI’s overbought situation on the daily chart could call for a pullback. 79.50 is the closest support. Its breach may send the price to 76.50.