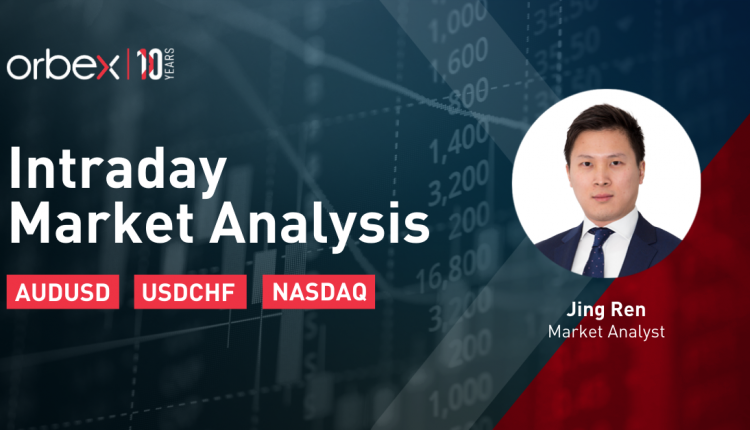 The Australian dollar held steady after the RBA kept its policy unchanged on the back of a resilient domestic economy.

The Aussie seems to have found support near last Christmas season’s low near 0.7525. The inverted head and shoulders pattern is a strong sign of a potential reversal as the buy-side overwhelms the opposing side.

The US dollar slips after traders have already priced in economic bright spots in the latest buildup.

A divergent RSI under last July’s high at 0.9470 was a forward warning of a loss in the upward momentum. The bearish breakout under 0.9370 is a confirmation that price action is heading south towards 0.9240.

An oversold RSI may prompt a dead cat bounce, as a combination of profit-taking and fresh selling would weigh on the greenback. In this case, 0.9390 would be the closest resistance.

NAS 100 climbs back to record high

Investors set aside inflation worries and bid up stock markets against an improving economic backdrop. The Nasdaq Composite is recovering back to its historic high at 13908.

The bullish breakout above the major resistance at 13150 suggests that buyers have regained control and the recent correction might have ended right there. While sentiment stays upbeat, a double top of the RSI in the overbought area may lead to a pullback if traders take profit.

13330 would be the immediate support should that happen.