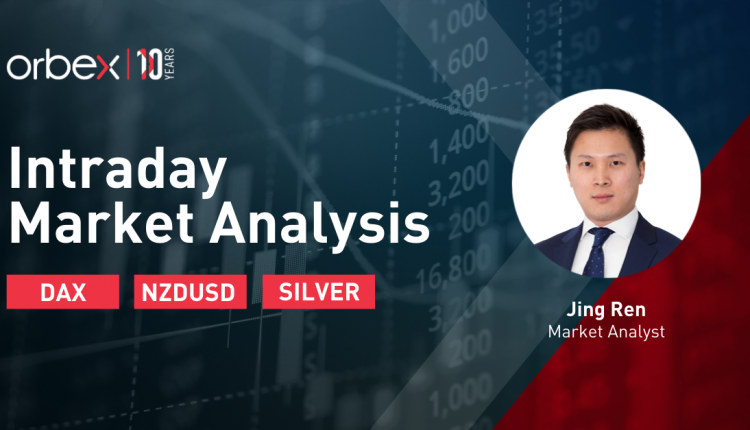 The German index has come to a halt as investors reassess their over-optimism amid a third wave across the continent.

While the bias remains bullish, the price’s cross below the moving averages has started a consolidation which may carry on into the weekend.

Instead of chasing price, traders might start to bid again after the RSI dropped down from the overbought zone. 15375 has become the immediate resistance.

On the downside, a drop below 15050 could trigger a wave of profit-taking.

Despite an improving outlook, Fed officials’ dovish view from the latest meeting minutes keeps the US dollar in check. After treading water at 0.6940, the kiwi seems to have found buying interest.

The double top at 0.7070 saw the RSI sliding back into neutrality from the overbought area, while price action bounced off the psychological level of 0.7000. A bullish breakout above the short-term double top could give buyers the confidence to turn around.

0.7160 would be the target should a reversal gain momentum.

The precious metal continues to recover on the back of a weaker US dollar. Last December’s low at 23.80 has proven to be a significant demand area.

After a successful rally above 25.10, silver has built a solid support base around the former resistance area. A surge above 25.65 could open the path to the next resistance at 26.60 from the daily chart.

A brief pullback is not unlikely as the RSI inches into an overbought situation. 24.95 would be the key support level to keep the rally valid.