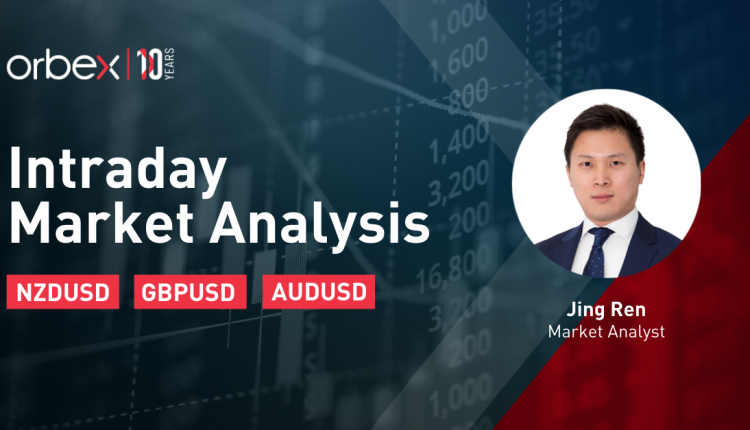 The pound rallied across the board after the UK’s unemployment rate fell from 5.1 % to 4.9 %.

The pair has surged to a four-week high, breaking above the consolidation range on the daily chart in the process. This is a signal that the uptrend may have resumed.

The previous high at 1.4200 could be the next on the list. But for now, profit-taking around the psychological level of 1.4000 may drive the price lower while the RSI returns to the neutrality area. The resistance-turn-support 1.3900 would be the area of interest.

The Aussie has come under pressure in the major supply area between 0.7800 and 0.7850. The RSI’s repeated indication of an overbought situation may keep the price action subdued. 0.7700 is the immediate support to test buyers’ commitment.

On the upside, a breakout would see a pick up in the bullish momentum and open the door to last February’s high at 0.8000.

The New Zealand dollar grinds higher as the CPI improved from 1.4% to 1.5%. The kiwi’s rally has gained traction after offers around 0.7180 were lifted.

0.7270, a key resistance from the daily chart is the next hurdle. A bullish breakout may help the pair resume its thirteen-month-long rally. In a similar fashion to its Australian counterpart, an overshort RSI could mean a brief consolidation in search of buying interest.

0.7120 is the first line of defense in case of a retracement.