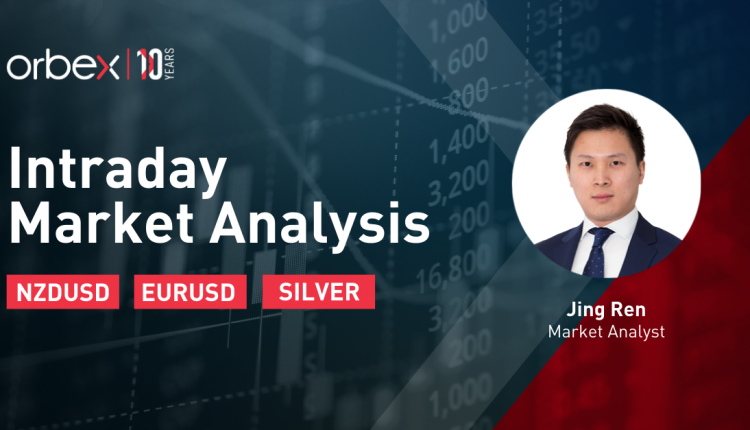 The US dollar continues to advance across the board supported by improving economic outlook.

After a short pause along the 20 and 30-hour moving averages, the sell-off renewed below 1.1760. A further drop below the psychological level of 1.1700 could drive the price towards 1.1600, a critical support level for the ten-month-long rally on the daily chart.

As the RSI falls into the oversold area, a limited rebound could be met with selling pressure between the moving averages and 1.1775.

The New Zealand dollar is still struggling near its five-week lows as the appetite for growth-sensitive currencies fades.

The kiwi has had a timid rally after the RSI went sharply into an oversold situation. It was probably due to profit-taking rather than fresh dip-buying.

Buyers’ failure to hold onto 0.7000 suggests a lack of commitment after the daily chart showed a bearish MA cross.

0.6940 is the immediate support and a bearish breakout could trigger a new wave of sell-off towards 0.6900.

Silver slipped again amid rising long-term US yields as holding the precious metal would incur a higher opportunity cost.

The price has retreated to January’s low at 24.00. Profit-taking from short-term traders may help lift bids while an oversold RSI recovers into neutrality.

However, sentiment would remain bearish as long as the price stays below 24.80. Trend followers are likely to sell into strength in case of a rebound near the moving averages.

A drop below 23.60 could trigger an extended sell-off into the 22s.