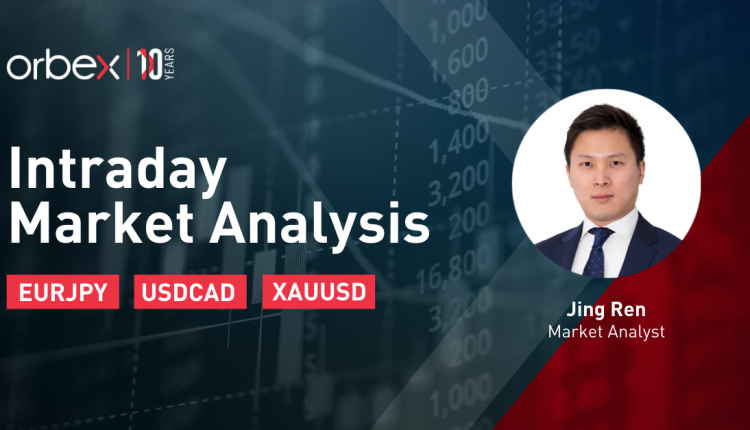 XAUUSD builds support for a comeback

A weaker US dollar has offered gold the opportunity to make a comeback just ahead of the Fed meeting later today.

After having established a base at the round number 1700 the precious metal is struggling to clear the resistance at 1740, which coincides with the 20-day moving average. A neutral RSI suggests there is still room on the upside and a bullish breakout could add an extra $20 to the ounce (1760).

However, in the case of a retreat below 1700, the price action is likely to go sideways and test the previous support at 1675.

USDCAD capped by the falling trendline

The Canadian dollar rises further as improvements in the domestic economy may lead the central bank to cut back on its QE.

The bearish trendline from March 2020 has so far contained the US dollar’s multiple rebounds. The break below 1.2470 has confirmed that sellers are still in control.

As the RSI dipped into the oversold area, short-term traders may take profit and cause a brief bounce. The zone between the psychological level of 1.2600 and the trendline is where strong selling interests would be.

EURJPY tumbles to the trendline

The euro took a hit after the suspension of the AstraZeneca shots caused a hiatus in the vaccine campaign across the continent.

A diverging RSI in the overbought zone suggests an overextension and a loss in the bullish momentum. The pair is testing the rising trendline as the RSI goes into oversold. A failure to bounce back could send the price to the 20-day moving average (128.85).