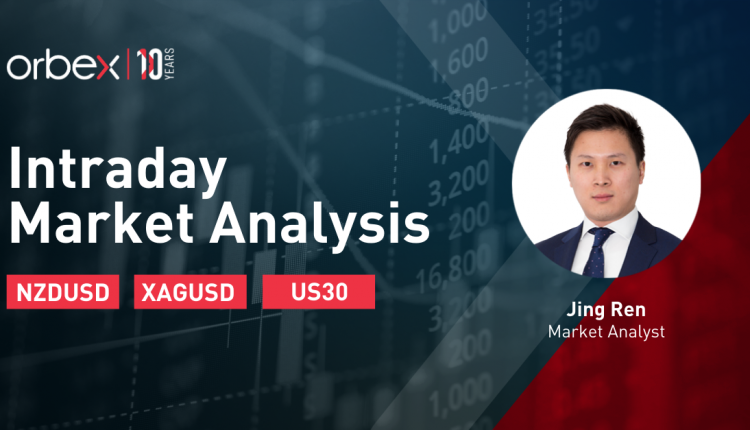 US 30 surges from daily support

US Congress’s green light on the $1.9 trillion relief package seems to have put stock markets back on track. This came in as half-expected on the technical side as the index bounced off the year-long bullish trendline on the daily chart.

From the hourly perspective, the breakout above the previous high (32050) has triggered a broader rally fuelled by short-coverings.

As the RSI shows signs of overheating, a limited pullback might attract more buyers. 32300 near the short-term trendline would be the support to watch for.

Lower treasury yields have made the non-yielding metal more attractive, right when buyers bid up the price from its daily support level (24.80).

Following the previously mentioned RSI divergence, an indication of a potential reversal, silver saw a limited drop then rallied above the first resistance of 26.20.

After a brief consolidation, the price could rise towards the next target around 27.00 as long as it stays above 25.60.

To the downside, 24.80 is critical in keeping the bullish sentiment intact.

NZDUSD looks for a bullish breakout

The New Zealand dollar is having its fair share of markets’ renewed affection for risk assets. A rebound from the psychological level of 0.7100, a two-month low has brought the pair to its first hurdle: 0.7270 where strong selling pressure could cap the rally.

The kiwi is gathering momentum near the rising trendline as the RSI falls back into the neutral zone. If buyers can overcome this resistance, an extended rally may push the price towards 0.7400.

A drop below 0.7160 though could lead to a retest of the daily support.

Gold Bounces Back As USD Falls