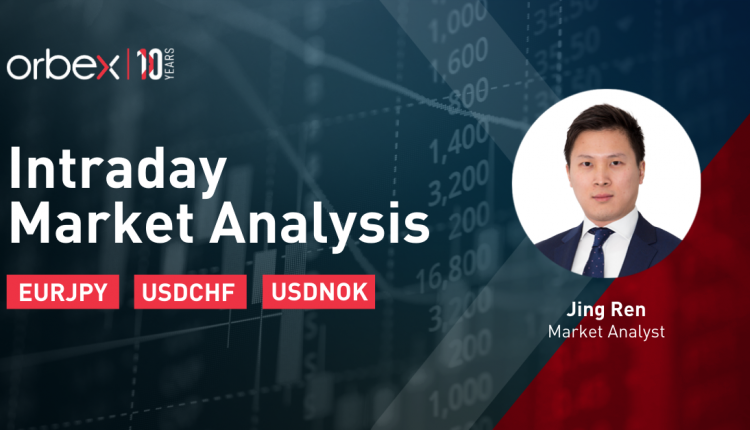 The US dollar continues its advance against the Swiss franc after solid GDP growth last month.

The buck’s previous bounce from the 20-day moving average (0.9220) and then a close above 0.9300 have put the uptrend back on track. The bullish breakout above the double top at 0.9375 would trigger a new round of rally.

An overbought RSI may lead to a brief pullback where the pair would be looking to gain momentum.

If that happens the former resistance area around 0.9350 would be the support to monitor.

USDNOK rises along the trendline

Sliding oil prices have forced the crude-dependent Norwegian krone to take a backseat. The dollar has been grinding up along a week-long rising trendline.

Lifting offers around the previous top at 8.6700 has confirmed that buyers are still in control. An RSI in the neutrality area suggests there is still room on the upside and a bullish breakout above 8.6800 could lead to a broader rally.

In the case of a pullback, the demand zone between 8.5400 and 8.5800 could see strong bids from trend followers.

Tensions around the EU’s vaccine supply have put a strain on the euro as traders rush into a safer Japanese yen.

The pair has broken below the 30-day moving average, a bearish movement that could trigger an extended consolidation if not an outright reversal.

On the hourly chart, after being oversold, price action is making an attempt to rebound from 128.20. 129.20 is a key area of congestion as it coincides with the falling trendline.

Needless to say, traders would try to sell into strength as the pair recovers.