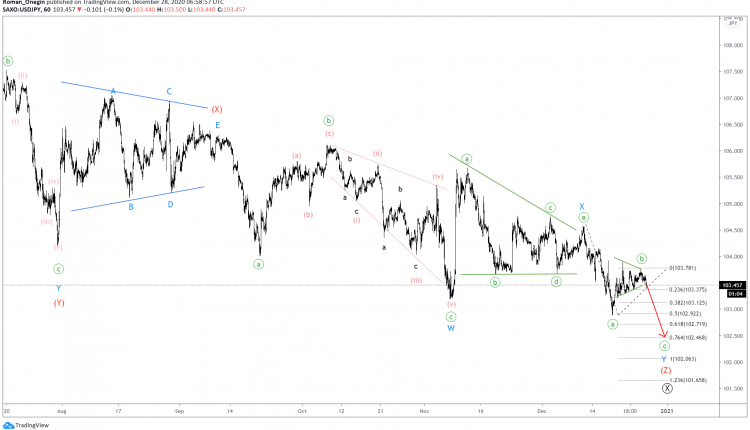 Looking at the 1H USDJPY timeframe, we see a bearish intervening wave Ⓧ of the primary degree. Wave Ⓧ is a triple zigzag (W)-(X)-(Y)-(X)-(Z).

Over the past few months, we have seen the formation of the final intermediate wave (Z) of the triple zigzag, which is a minor double zigzag W-X-Y.

Wave W is a bearish zigzag while intervening wave X is a triangle. Wave Y is also a zigzag, but not fully formed as we write.

Most likely, the minute correction ⓑ is a triangle that will recently come to an end. This would be a signal to decline in impulse wave ⓒ. 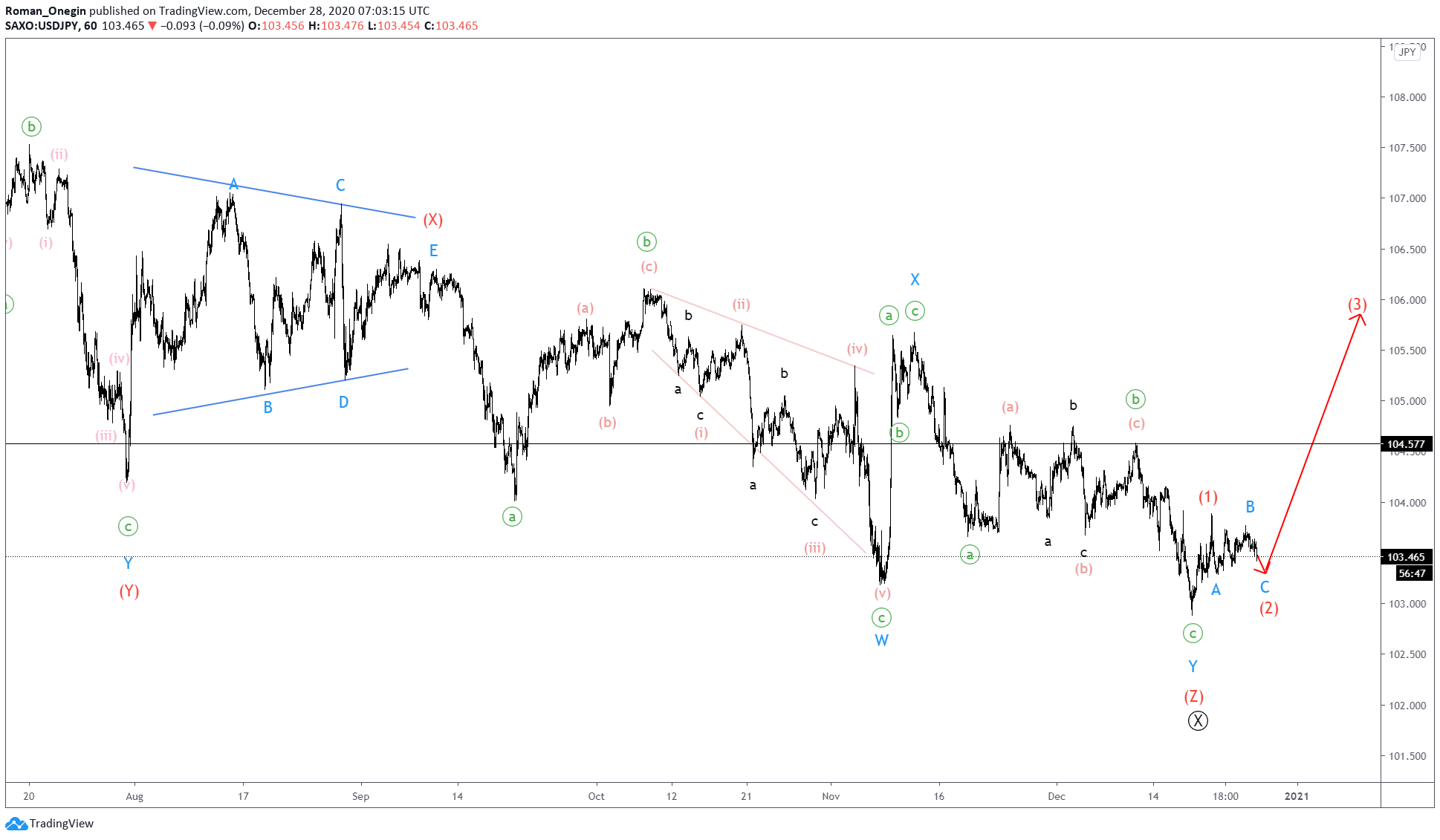 An alternative scenario suggests that the intervening wave Ⓧ has already completed.

Perhaps soon we will see the end of correction wave (2) taking the form of a flat A-B-C pattern.

Then, bulls could push prices up in impulse wave (3), above the minute correction ⓑ at 104.57.

What Will Happen to GBP Now That There is a Brexit Deal?