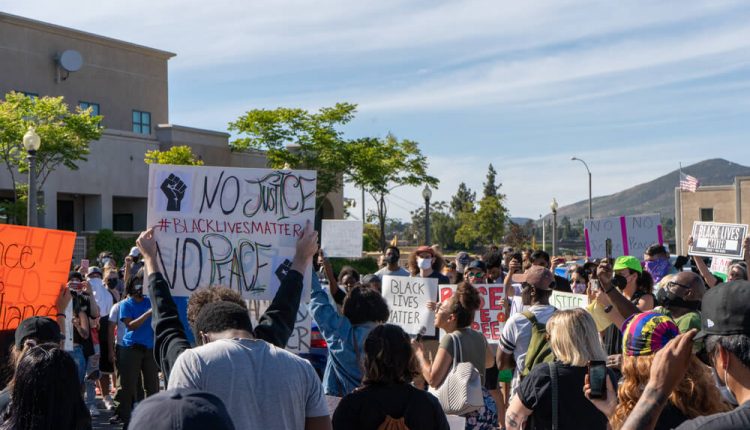 Over recent weeks the tensions between the US and China have been dominating market attention. US criticism over China’s alleged role in the COVID-19 outbreak, as well as over its new National Security Law in Hong Kong, has impacted markets. In recent days, however, tensions within the United States itself exploded into focus.

Protests have sprung up across the country following the unlawful killing of black US citizen George Floyd during an arrest last week. Citizens are outraged at yet another black victim of police brutality.

The protests have taken place in many major cities across the US. These include New York, LA, Las Vegas, Atlanta, and Philadelphia. They have quickly escalated into violence with riots breaking out across the weekend. These resulted in the killing of one police officer and one rioter. Nearly 2000 people have been arrested.

In a dramatic development, the National Guard has been deployed in LA for the first time since the 1992 riots which sprung up in the wake of the Rodney King killing.

Curfews are in place across the country. These are aimed at curtailing the unrest which is unfolding mainly after dark. However, curfews have so far been defied as the protests and riots continue. It has grown to be an increasingly volatile and dangerous situation for all.

Trump has drawn heavy criticism over his handling of the situation. Via his twitter channel, Trump was accused of threatening rioters with violence writing:

Trump threatened protestors who attempted to enter the grounds of the White House with “vicious dogs” and “ominous weapons”. Twitter deemed the tweets so provocative that they applied a warning label to categorize them as glorifying violence.

The officer in question kneeled on the head of George Floyd for several minutes, while Floyd complained that he couldn’t breathe. The officer was arrested and charged with third-degree murder after four days of protests.

However, the protests and riots have continued as communities rail against the crippling racial injustices suffered at the hands of the police, amidst calls that the other officers seen restraining Floyd are also brought to justice.

The response across celebrity and corporate America has been one of outrage at the video footage of Floyd’s arrest and at subsequent footage of police brutality against protestors. Mark Mason, the CFO of Citigroup released a statement saying:

“Racism continues to be at the root of so much pain and ugliness in our society — from the streets of Minneapolis to the disparities inflicted by Covid-19. As long as that’s true, America’s twin ideals of freedom and equality will remain out of reach.”

The rioting across America has come just as the country was starting to look beyond the first phase of the fight against COVID-19. Lockdown measures are easing around the country, and will likely dampen risk sentiment across the week as disruption continues.

The SPX500 is still recovering from the COVID-19 lows, within the bullish channel which has framed the rally. While momentum has slowed, price is holding above the 2956.4 level, for now, broken last week. While above here, focus is on a continued push higher to test the 3131.2 level next.

To the downside, any break of that level will put the focus on the 2794.9 level next.