Lagarde; “the Marie Antoinette of Debt” 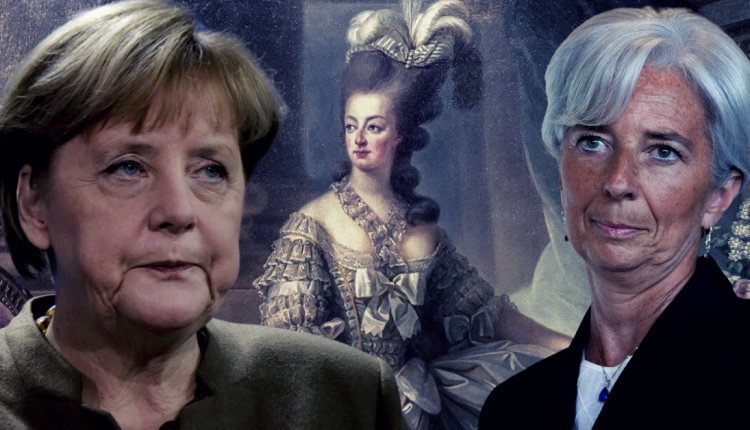 ECB Under Fire Over Aggressive Easing

ECB chief Christine Lagarde had to defend the central bank’s recent aggressive stimulus measures in front of the European parliament this week.

Lagarde was speaking on Monday at a hearing where she faced a grilling from Dutch and German policymakers.

The ECB governor took over from Mario Draghi in Q4 2019. She has already come under pressure from the German government over her aggressive easing policy.

In a court ruling earlier in the year, the ECB was told it has three months to justify its bond purchases or the Bundesbank will remove itself as the primary buyer in the ECB’s program.

In this week’s hearing, Lagarde was keen to point out the “proportionality” of the measures taken following the undertaking of “cost-benefit analysis”.

“Our crisis-related measures are temporary, targeted and proportionate … to the severe risks to our mandate that we are facing.”

Still, Lagarde was resolute in her defense of the bank’s actions following the recent increase of 600 billion EUR in the ECB’s PEPP.

The ECB has announced 1.35 trillion EUR in stimulus in reaction to the COVID-19 crisis. The ECB’s Pandemic Emergency Purchase Program is due to run until mid-2021 currently. This, of course, does not include any extensions which might have to come in the event of a second wave of the virus.

The scale at which the ECB is purchasing bonds is drawing a lot of attention.

In terms of Italian debt, the new purchases total 75% of the net increase in debt while this same figure sits at 63% for Germany.

The ECB now looks set to absorb practically all of the extra funding needs for this year and potentially part of next year also. The big question now will be how this funding is financed going forward and at what pace rates will increase when they begin to rise.

On this point, Lagarde looked to reassure the market. She stated that the bank’s monetary policy will “make sure that higher borrowing needs by fiscal authorities … (will) not translate into materially higher interest rates for the private sector”.

The rally in EURJPY over the last week has seen price breaking out above the long-term bearish trend line. It also broke out above structural resistance at the 122.61 level.

However, price has since reversed. It is now attempting to break back below that level. Despite the profit-taking sell-off currently, focus remains on further upside. Price is holding above the broken bearish trend line. The 124.86 level is the next upside level to watch ahead of the 26.78 region.

How Long Will the Risk Rally Last?